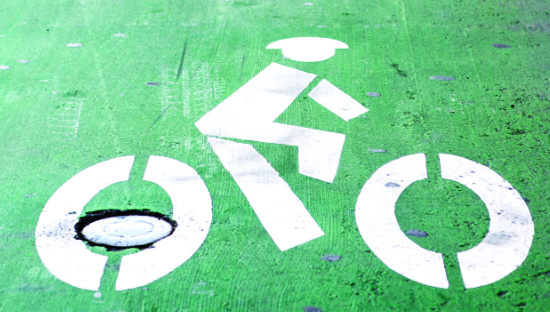 Last August, we announced our first DataKind Labs project in partnership with Microsoft and its Tech & Civic Engagement Group to support the Vision Zero movement in the U.S., reducing traffic-related deaths and severe injuries to zero in Vision Zero Cities nationwide. After kicking off work with the city of New York and hiring our first Data Science Fellow Michael Dowd with support from Microsoft, we’re excited to announce we’ll be expanding our work to three new cities - San José, Seattle and New Orleans.

We’ll be using a combination of public and private data to help local decision makers understand which engineering and enforcement interventions will be most effective to address each city’s local efforts to increase traffic safety for all. Read on to learn more about our work nationwide.

New York - Finding Out What Works to Invest Further

According to the City of New York, on average, vehicles seriously injure or kill a New Yorker every two hours, with vehicle collisions being the leading cause of injury-related death for children under 14 and the second leading cause for seniors. Mayor Bill de Blasio committed to Vision Zero early on in his administration and indeed New York’s prioritization of this work is considered by many to be an example for other U.S. cities to follow. While efforts are already underway, the question now is to understand which interventions are working and where there is potential for improvement to help inform how the city allocates time, money and energy to protect these vulnerable populations.

Using New York City’s Department of Transportation data, NYC OpenData, New York State’s traffic data as well as other proprietary data, DataKind launched a project in August 2015 with the Mayor’s Office to understand the best interventions or combinations of interventions to prevent different types of crashes and how effective each intervention is at reducing fatality crashes, severe injury crashes and injury crashes overall. This information will inform the city’s future efforts to invest in what’s working and test out new approaches as well.

Through the recent adoption of Envision San José 2040, San José is working to become a city designed for people, not cars. By increasing rates of walking, biking and transit use, San José is hoping to decrease the number of people driving alone from 80% to 40%. To make such a shift, streets need to be safe for all road users, be they young or old, drivers, pedestrians or bikers.

Using San José’s Department of Transportation (SJDOT) and Police Department data, DataKind will implement unsupervised learning algorithms on all vehicular collisions in the city of San José over the past 5 years so that local transportation officials can confirm or disprove their anecdotal observations of the most common types and patterns of collisions. We’ll leverage our work in New York to make recommendations around what traffic calming measures are most appropriate for reducing different types of collisions.

While Seattle has seen a 30 percent decline in traffic fatalities over the last decade, traffic collisions are still a leading cause of death for Seattle residents age 5-24. Older adults are also disproportionately affected so this trend could grow as the population ages.

Using Seattle’s collision, roadway and traffic data, DataKind will conduct an in-depth pedestrian and bicyclist safety study for the City’s Department of Transportation so that local decision makers can better understand patterns in the occurrence of collisions between vehicles and pedestrians or bicyclists and determine the extent to which driver behavior and/or street design is a contributing factor to the collisions. Seattle recently passed a levy to fund potential changes to their roadways to make them safer and will use results from this project to inform what changes to make.

We are excited to kick off work with a DataJam, rallying local volunteers to help with exploratory data analysis. If you’re a data scientist located in Seattle, contact us to learn more about getting involved.

While New Orleans hasn’t officially adopted Vision Zero, the city government and community are working together to make roads safer for people walking, biking and driving.

New Orleans was named a “silver” level bicycle friendly community and considers itself the bike capital of the Southeast region. New Orleans offers 100 miles of bikeways and the City features almost twice the bicycle mode share of any other major city in the South. Yet, a disproportionately high number of the state’s pedestrian crashes occur in New Orleans and the number of bicycle crashes double from 2010 to 2014. Using New Orleans’ crash, 911 and road use data, DataKind will work with the Mayor’s Office and the Office of Performance and Accountability to help the city better understand and protect the growing number of roadways users.

As part of this effort, DataKind will determine the extent to which 911 call data, available in near real-time, can serve as a proxy for collision data, which is generally available after significant delay. And again, we’ll leverage our work with New York City, taking sparse measurements and extrapolating citywide traffic counts. This will help us vet our methodology for generating this important data in multiple different contexts.

Of course, it takes more than data to do this kind of cutting-edge analysis - it takes people. This week, DataKind Labs is presenting at the Vision Zero for Cities Conference to discuss the importance of using a collaborative approach in this type of work and how other cities can follow suit. Follow the conversation at #VisionZero2016 and learn more about our collaborative approach in this blog from our partners at Microsoft.