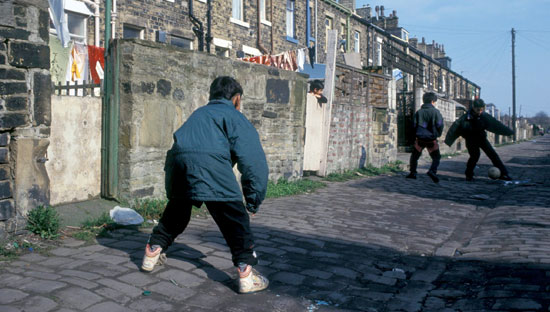 Buttle UK gives out around 10,000 small grants a year to some of the most vulnerable children, young people and families in the UK. These grants provide basic goods that most of us take for granted, such as beds, cookers and fridges.

Every family that approaches Buttle UK has a unique story, yet there are common threads in those stories. It was these shared experiences that Buttle UK wanted to identify and better understand how they fit together. Buttle UK had almost a decade's worth of data on every grant application they had received and every grant made since 2005.  In particular, Buttle UK had a lot of qualitative data in the form of short reports written by support workers describing the families' circumstances, but they had never analysed it before. They were excited to explore!

In the run up to the DataDive, the Buttle UK team of volunteer Data Ambassadors worked to carefully anonymise the text data which contained sensitive information like names of people, organisations and locations. During the DataDive, the team of Data Ambassadors and volunteers looked at Buttle UK's data on family finances, family size and type, dates and locations, what the family requested from Buttle UK and were provided with and reasons why the family was struggling (e.g. domestic abuse, mental illness etc). They also mined the text data and used natural language processing to find patterns and clusters in the language.

Some of the insights provided evidence to confirm what the organisation already knew was going on, while others were brand new. Buttle UK began to better understand common sequences of requests for support and which requests tend to lead to others. For example, families who receive grants on the grounds of domestic violence often apply for grants for support with child health and development problems further down the line. Buttle UK was also provided with the information they needed to back up things they knew already, like the fact that individuals suffering from domestic abuse or estrangement often also deal with homelessness.

There were some other surprise insights. The volunteers found that bedwetting in children was often a common indicator of high levels of debt among families applying for grants. The team also found that debt arises in families with similar problems - namely young carers and families with mental health and behaviour issues.  Finally, Buttle UK gained insight into how they could streamline their application system to ensure those applicants likely to be approved, such as estranged young people, can quickly access the help they need.

Buttle UK is reconsidering their organisational strategy and how they support their clients. They are developing plans to extend their support, going beyond tiding people over in a crisis to supporting them longer term. They are using the results from the DataDive to guide them in this shift, to show which issues their clients face and how these issues are interconnected.

Madeleine Thornton, the charity representative involved in the project, was so inspired by what she saw at the DataDive that she has started learning how to code. She has now successfully written Python code so that, at the click of a button, she can   calculate a whole range of indicators that previously took her a full day of spreadsheet   wrangling!