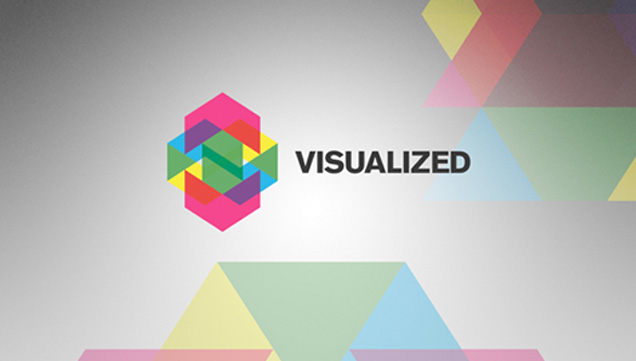 Let me start this post with a disclaimer. I'm not a data visualizer. Sure I’ve made data visualizations, and I geek out over Flowing Data as much as the next data nerd, but the experts who spoke at Visualized 2014—those are the true visionaries.

When I first started to learn about how to visualize data, I was all about the tools. I thought that all I needed to do was master tools like CartoDB or Tableau and I’d be good to go. Thankfully I didn’t bring this "mis"-idea to the conference with me. Because you’re probably shaking your head right now. You know just how many data and graphic design skills you need to create something truly meaningful.

Happily for me, this year's speakers not only talked about the underlying principles that influenced their work and their profession, they also had a clear focus on those data visualizations meant to inspire social good. "You mean data viz can be used for more than just marketing?" one attendee joked.

But some powerful examples of data viz for social good came up again and again throughout the conference. Pitch Interactive's representation of drone attacks and Periscopic's visualization of U.S. gun murders both help us understand the price of violence in a very inescapable way.

I came away from Visualized with a much deeper understanding of the purpose of visualizing data, and the questions that we should ask ourselves when visualizing data or interpreting the visualizations of others. Many of the presenters shared both their work and their presentations on their sites. If any of these ideas appeal to you, keep Googling—there's a lot more where this came from!

1) Data is weightless; the visualization gives it weight.

Sha Hwang opened the conference with a confession. The more he worked with data the less he understood. He brought up the notion that the act of visualization helps give weight or meaning to the rows of numbers that can often seem meaningless. He also included some beautiful slides of astronauts and world travel—his talk was no typical powerpoint.

When you're starting to visualize, ask yourself, "What don't I know? What could a visualization help me to grasp?"

2) Storytelling is not the point. A good visualization should let the data stand on its own.

Kim Rees made me laugh when she stood up on stage and ranted against the buzzword of the day: storytelling. But humor aside, I think she's pretty right.

You really shouldn’t be telling a story with data. That's for marketers, right?  We're trying to find deeper meaning, which means we shouldn't be relying on spin.

For me, this gets at a fundamental question I get asked a lot at DataKind: What is data science?

It's all too easy to think of data visualizers as the brilliant designers who swoop in at the end and make your data look good. But visualizing is one way of testing the data, teasing it out, wondering what you'll learn when you look at it in a new light. It might not be the story you expect to tell, and learning that is more valuable than the story you wanted to tell in the first place.

Similarly, Jonathan Corum talked about using data viz to find the aha! moment, that instant of understanding where your brain can actually understand the multitude of numbers. Behind all the presenters was a beautiful courtyard, part of the NY Times building. At the time it was covered in snow, but Jonathan showed us photos of a warmer time during a summer rainstorm. He showed us a photo before, when the plants were growing tall, and a photo after, when the plants were sagging and wet from the rainfall. That, he said, is how you visualize the weight of rain.

One of the hardest parts of wrapping up a DataCorps project is finding a way to share meaning. You just spent months in the weeds of the data and you have a million caveats: yes this is true, but only when x, y and z are in place, and you’d make this recommendation but there are still some uncertainties.

That can be really hard to sum up in a final report, and it's far too easy to either oversimplify your results, or make them too complicated to fully understand. So if you can deliver a visualization that sparks an understanding as profound as the weight of rain… That's just awesome.

Moritz Stefaner closed out the conference with the most wonderful job title ever: Truth and Beauty Operator. He echoed some of the ideas that Kim raised earlier— data viz isn't storytelling, it's about pattern recognition.

Coming away from the conference, I'm starting to think differently about the role of data visualization within a data for good project, and how important it is not just to understand how to use the tools but to understand where, where and how to apply them.