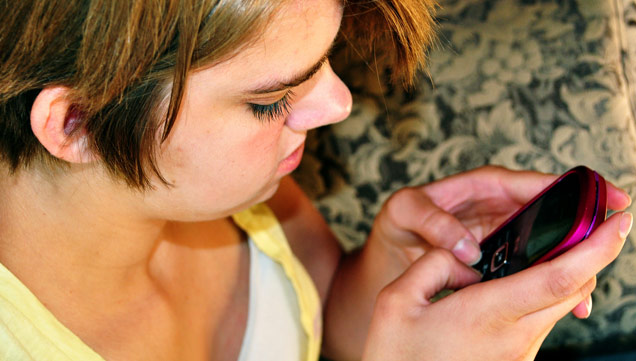 Last November, more than a hundred volunteer data scientists gathered in New York to dive into the data of four mission-driven organizations, including Crisis Text Line (CTL). CTL just sent us an update on how their work has improved since the event, and we wanted to share their good news with you!

Crisis Text Line helps young people in any type of crisis by providing them access to free, 24/7, emotional support and information via the medium they already use and trust: text. When a teen texts them, a live, trained specialist receives the text and responds quickly, helping the teen stay safe and healthy with effective, secure counseling and referrals. You might have read about CTL in the news lately. A front page story in the NY Times detailed their data-driven approach to helping teens through hard times and shifting the policy debate on crisis interventions in this country.

Bob Filbin, CTL’s chief data scientist, came to DataKind’s DataDive with anonymized metadata from 6,400 conversations - a quarter-million messages - including the counselor reports from each interaction. His goal was to dig into the data to identify ways to help counselors interact effectively with teens at some of their most crucial times of need.  With the help of an enthusiastic team of volunteers led by Data Ambassadors Cathy O’Neil and Arun Ahuja, CTL walked away a mere sixteen hours later with meaningful results.

One of the first things DataKind volunteers learned was that only 20% of the counselor reports were completely filled, so they switched tactics. Instead of calling it quits, the team decided to use the data they had to understand why certain reports were incomplete and if Crisis Text Line could improve the ways they collected data for the future.

The data scientists analyzed the form for the best ways to make it easy for counselors to complete while still sharing the most meaningful lessons from their interactions with the teens.

Bob was eager to let us know that DataKind’s recommendations were a success. Just a few short months after the DataDive, Crisis Text Line has gone from a 20% completion rate to a 75% completion rate. Now that they have more complete data, CTL’s data team is looking forward to doing more data science projects to inform their operations and help more teens stay safe and healthy.

With one data scientist on board, CTL is already a leader in the non-profit world for their innovative use of data. But when a team of volunteer data scientists came together for a weekend, together we made a meaningful change to CTL’s programs. And just a few months later, CTL is seeing dramatic results.