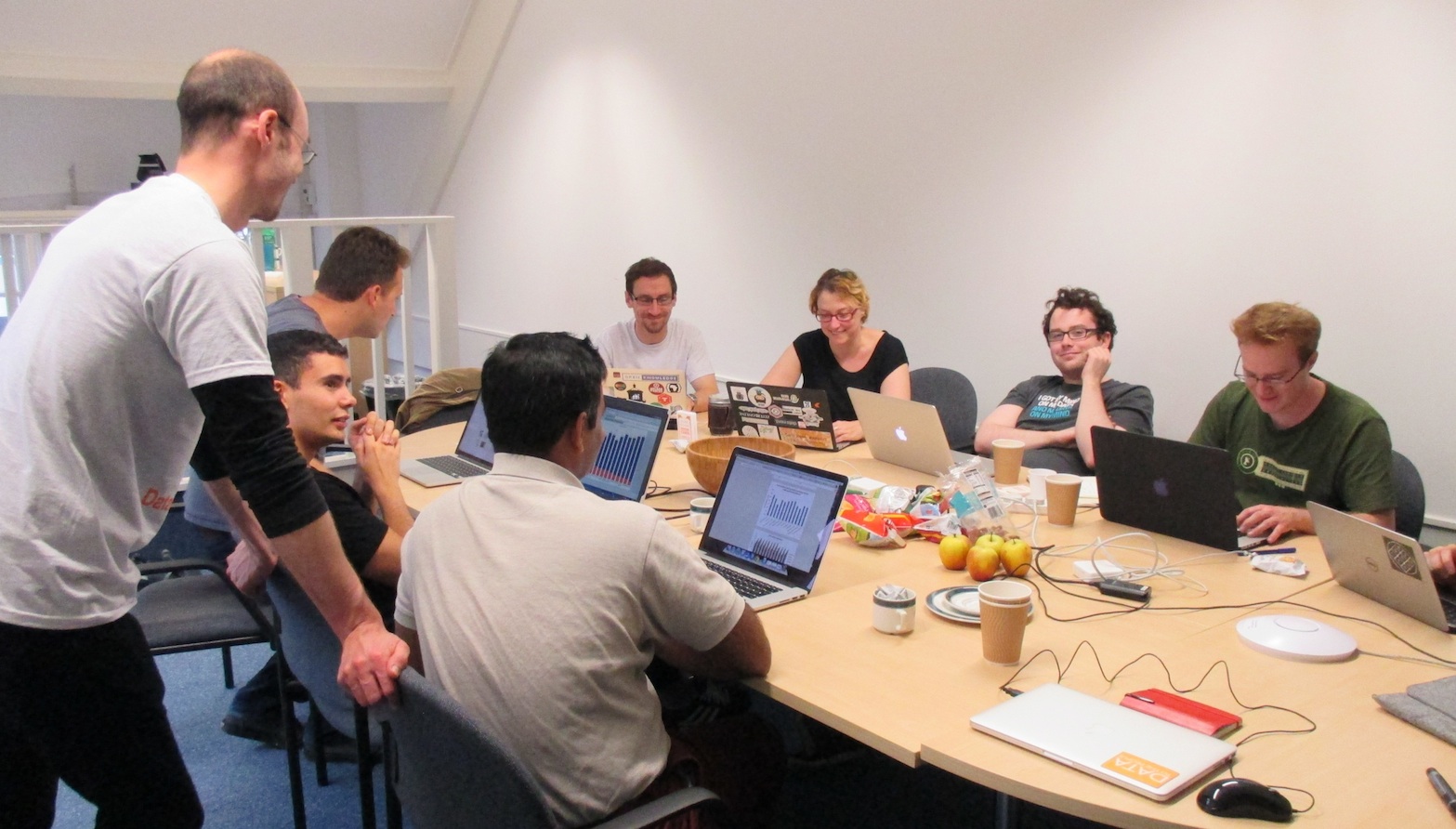 How does mapping child poverty in Washington DC help inform efforts to support child and young adult well being in the UK and Kentucky?

Back in March 2012, a team of DataKind volunteers in Washington DC worked furiously to finish their final presentation at a weekend DataDive. Little did they know, the impact of their work would extend far beyond DC and far beyond the weekend. Their prototyped visualization ultimately became a polished tool that would impact communities worldwide. 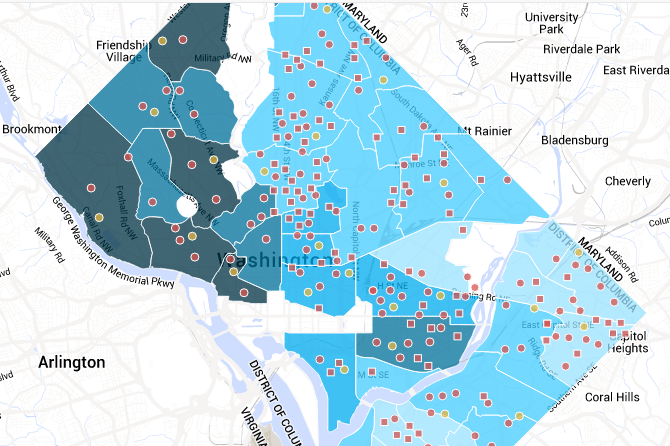 DC Action for Children’s Data Tools 2.0 is an interactive visualization tool to explore the effects of income, healthcare, neighborhoods, and population on child well-being in the Washington DC area. The source code for Data Tools 2.0 and open data sources have since been used by DataKind UK and Code for America volunteers to benefit their local partners. There is now potential for it to reach even more communities through DataLook’s #openimpact Marathon.

See how far a solution can spread when you bring together open data, open code and open hearted volunteers around the world.

What a difference a DataDive makes

DC Action for Children, a Washington DC nonprofit focusing on child well-being, needed help understanding how Washington DC could be one of the most affluent and wealthy cities in the United States, yet have one of the highest child poverty rates.  Could mapping child poverty help uncover patterns and insights to drive action to address it?

A team of DataDive volunteers, led by Data Ambassador Sisi Wei, took on the challenge and, in less than 24 hours, created a prototype that wrangled data in a multitude of forms from government agencies, Census and DC Action for Children's own databases.  The 24-hours then evolved into a multi-month DataCorps project involving many DataKind volunteers. The team unveiled a more polished version to a large and influential audience in Washington DC, including the Mayor of DC himself! They then completed the final enhancements to create Data Tools 2.0, which is now live on DC Action for Children’s website.

The project has since released the source code on Github, and the team has continued to collaborate and advance the project to where it is today. In fact, if you’re local, check out the August 5th DataKind DC Meetup to join in and continue improving the tool.

This story alone is incredible and speaks to the incredible commitment of these volunteers and the importance of having a strong partner like DC Action for Children to implement and utilize the work as an integrated part of its mission.

And that’s usually where the story ends. Thanks to DataKind’s global network though, the impact of this work was just starting to spread.

Because the visualization used open data (freely available data for public use) and open source software or code (freely available code that can be viewed, modified, and reused), other volunteers could quickly repurpose the work and apply it to their local community. 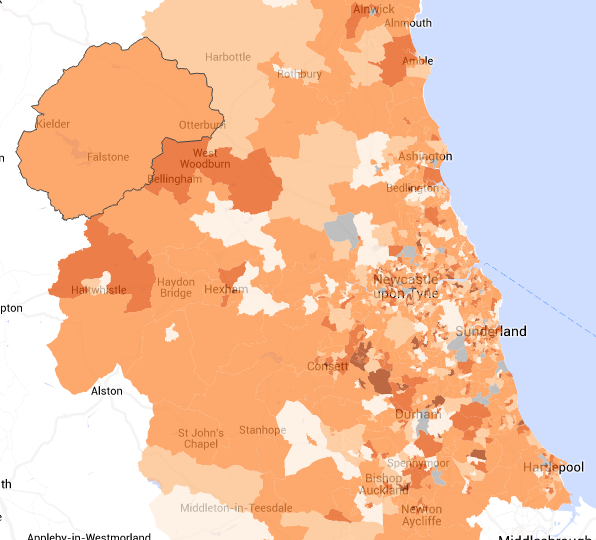 The first time the visualization was replicated was in October 2014 for The North East Child Poverty Commission. The Commision had a similar challenge of wanting to better understand child poverty in the North East of England. A team at the London DataDive reused the code from DataTools 2.0 and created a similar visualization for the North East of England. This enabled the team to quickly produce valuable results that “thrilled” NECPC. One of the team’s Data Ambassadors continued to work with the organization and has since migrated the visualization to a different platform in Tableau. 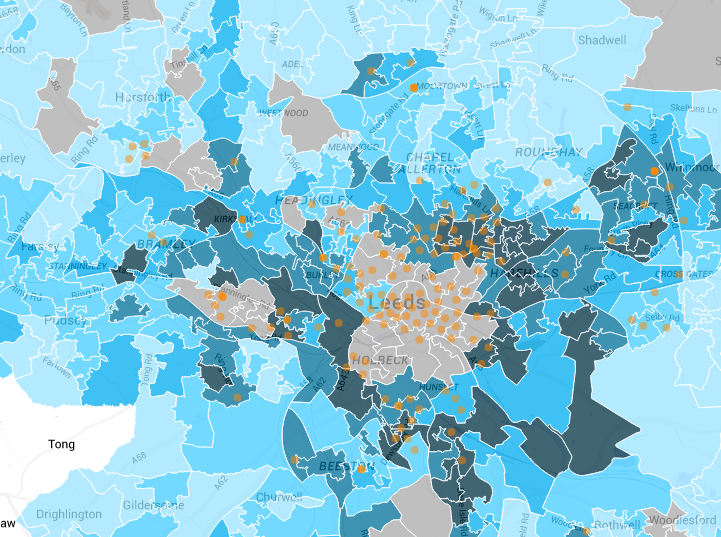 In April 2015, DataKind UK hosted another DataDive in Leeds with three charity partners, Volition, Voluntary Action Leeds and the Young Foundation, to tackle the structural causes of inequality in the city.  All three charity teams came together to create a visualization tool that allows people to explore features of financial, young NEETs (Not in Education, Employment, or Training) and mental health inequality. But they did not recreate the wheel - they leveraged past work and repurposed code from DC Action for Children. Read more about the event in this recap from DataDive attendee, Andy Dickinson.

Beyond the DataKind Network

Now, it’s great to see a solution scale within an organization’s network, but it’s even more impressive to see it scale beyond, in this case, into Kentucky and maybe one day India or Finland. 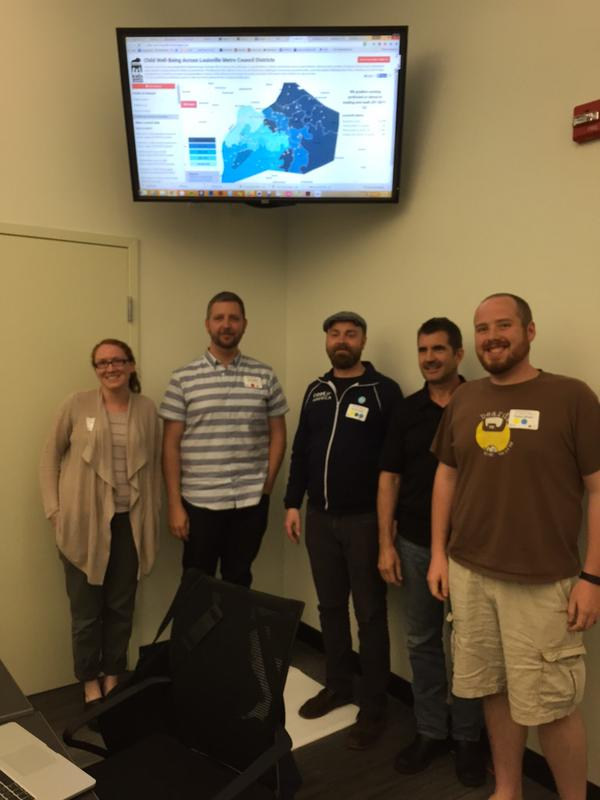 #HackForChange with Code For America

In June 2015, the city of Louisville, Kentucky teamed with Civic Data Alliance to host a hackathon in honor of the National Day of Civic Hacking. Kentucky Youth Advocates, a nonprofit organization focused on “making Kentucky the best place in America to be a kid,” wanted to visually explore the factors affecting successful children outcomes across Council Districts. There is a large variance in child resources throughout the city, which is having an effect on child well-being. The volunteers repurposed the original code and used local publicly available data to create the Kentucky Youth Advocates Data Visualization, which is now helping the city of Louisville better distribute resources for children. 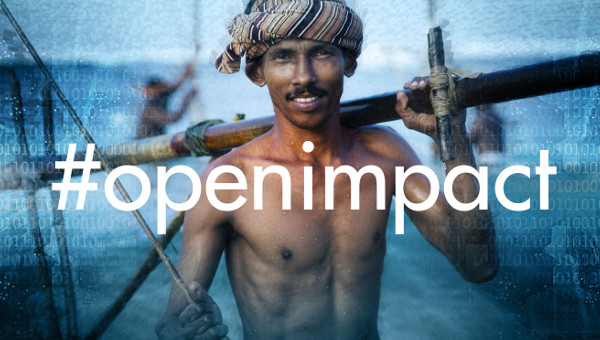 DC Action for Children is also one of the projects selected for the #openimpact Marathon hosted by DataLook. The goal of the marathon is to get people and groups to replicate existing data-driven projects for social good.  So far, there is interest in replicating the Data Tools 2.0 visualization for child crimes in India and another potential replication for senior citizens in Finland. There is no telling where this visualization will end up helping next. Get involved!

Ok ok, but what is the impact of all this really?

Aren’t these just visualizations? Yes, as any good data scientist knows, data visualizations are not an end in and of themselves. In fact, it’s typically just part of the overall process of gaining insight into data for some larger end goal. Similarly, open data in and of itself does not automatically mean impact. The data has to be easy to access, in the right formats, and people have to apply it to real-world challenges. Just because you build it (or open it), does not necessarily mean impact will come.

Yet visualizations and open data sources are often a critical first step to bigger outcomes. So what makes the difference between a flashy marketing tool and something that will help improve real people’s lives? The strength of the partner organization that will ultimately use it to create change in the world.

Thankfully, DC Action for Children has been a tremendous partner and is using Data Tools 2.0 as a key part of its efforts to improve the lives of children in DC. It’s exciting to see the tool now spreading to equally impressive partners around the world.

"The neighborhood maps we created showed that the success of too many DC (District of Columbia, U.S.) children is predetermined by their ZIP Code – and limited access to critical resources to thrive," says HyeSook Chung, Executive Director of DC Action for Children.

"Some DC neighborhoods have assets that enrich the lives of children, but others are characterized by high levels of poverty and the many challenges that come with it, including poorer performing schools, more violent crime and less access to resources like healthy food, libraries, parks and recreation centers.

In a city where policy decisions that determine the allocation of resources and assets are guided by relationships and old-school politics, the project brought about much-needed transparency to DC government data. We wanted to show how resources did not align with the needs of our children."

Join in and keep the impact going!

Not in DC, but know a local organization that could benefit from a similar tool?

While the power of a visualization in and of itself to create impact may be limited, the power of open data, open code and volunteer networks to make impact is endless. Replicating and iterating off of each other’s work means we are innovating and not just recreating the wheel.

Now, this is just one story of many of how volunteers and open data are helping solutions scale around the world - we’d love to hear yours and look forward to hearing about more soon to come from the #openimpact Marathon!