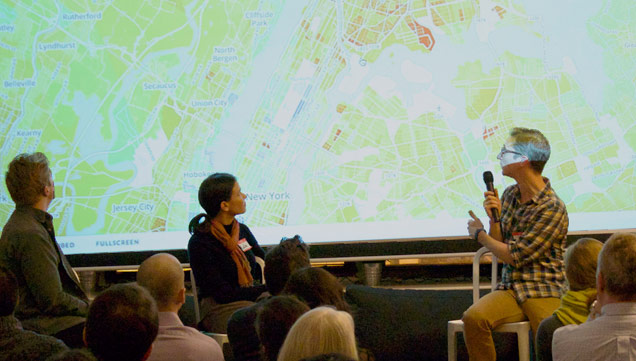 Friederike Schüür is a post doc at New York University studying the intricacies of human decision making behavior. She is interested in the good, the bad and the ugly choices that we make day in and day out and why we make them. Read on for her recap of our discussion of the good, bad and ugly choices we make in mapping, and resources from our workshop on free mapping software CartoDB

I started making my own maps when I was six years old. I drew mountains and trees, rivers and shores. I outlined rock formations and carefully placed cities on increasingly colorful sheets of paper. I hid my maps in my school, the playground, the nearby forrest - anywhere I went. A red cross marked where pirates had hidden their loot. I spent hours imagining how people, when they found my maps and got excited about these ancient riches, would make sense of my drawings, and map my imaginary mountains and trees, rives and shores, rock formations and cities onto real counterparts.

Lela Prashad and Andrew Hill, speakers at our first meetup of 2014, would not have approved of my maps. Six year old me clearly lacked the right map makers' ethics. My maps were made with the purpose to mislead people and were based on fictional, not real, data. On January 14th, we asked Lela and Andrew how to make good maps that tell real, not imaginary, stories.

Lela and Andrew are both experts in map making. Lela is the chief data scientist at NiJel. At NiJel they help companies - from small to large, from NGOs to for-profits - to make better decisions by creating beautiful, persuasive maps based on their data. Andrew is the senior scientist at Vizzuality, a company whose mission is to improve the world, one project at a time, by mapping data. At Vizzuality, he developed CartoDB, a tool that allows users to create beautiful maps from data in just a few simple clicks.

So, what are good maps?

A good map does not start with a map. It starts with the purpose of the map, what questions it aims to answer, and what answers it aims to give.

Maps can have many different purposes, Andrew told us. Some help people navigate: way-finding maps like Google and Open Street Maps, the maps we are most familiar with. There are maps that inform and educate people, like this map on median income across the US or this NYC crime map. And then there are maps that allow for discovery, probably Andrew's favorite. One example is the infamous map-in-progress of the human brain, a map that I am excited about as a trained cognitive neuroscientist. While it is very different from Google maps, it still communicates information about spatial relations.

To create a good map, you have to determine its primary purpose. Way-finding maps have to show cities and streets at a high resolution, while this is less important for maps representing median income (unless, of course, you are planning your next burglary).

To create a good map, you have to respect the data.

In rare circumstances, the purpose of the map allows for censoring data. Lela told us about HarassMap, a project aimed at ending the social acceptability of sexual harassment. Started in Egypt, this project allows a woman to anonymously report incidences of sexual harassment as soon as they happen, using a simple text message from her mobile phone. By mapping these reports online, the system acts as an advocacy, prevention, and response tool, highlighting the severity and pervasiveness of the problem.

Initially, they mapped all incidents except serious sexual assault. The NGO that partnered with NiJel was concerned that mapping such serious incidences would lead to the shut down of the entire project. So, occasionally it may be preferable to accept censoring and map some, rather than no, data. (After the many political changes in Egypt over recent years, serious sexual assault is now included.)

To create a good map, you have to think about its users.

Maps are means to communicate information to the people, and the people is a diverse crowd. We vary in background, knowledge, and skill level. We approach maps in different ways, perhaps trying to answer different questions. In mapping data, you have to know your audience. Maps should provide the right kind and amount of information for its users, by including labels, legends, and explanations, without confusing or overwhelming them.

The development of new tools to create online, dynamic, interactive maps - such as CartoDB, developed by Andrew - has opened up new, exciting possibilities for map makers.

Online maps allow for frequent updating, which guarantees that the information provided by the maps is current. Compare the standard, static, subway map to its online version of Citymapper.com. Citymapper.com informs me about the current service changes, something its static counterpart cannot do.

Dynamic maps have made it easier to map the course of events through time. Dynamic maps can represent time as time rather than arrows to the right, the most common representation of time in static maps. This allows for a more intuitive understanding of change over time in data patterns - see here for a beautiful illustration of Foursquare check-ins in NYC over the course of 24h.

Interactive maps allow map users to select the information they want to look at - crime count or crime count divided by population, to return to our earlier example. As such, interactivity allows map makers to include more information, encourages map users to explore the data, and manipulate the maps to address the one or many questions that they may have.

So, every user can take a different "data journey" through interactive maps. The same map can provide different information to more users and more information to a single user, depending on how each user decides to interact with it. If you are anything like me, the first thing you did with the NYC crime map was: you looked at your own neighborhood. What is the crime situation in Bushwick? Should I be afraid walking home at night? And how well does it match my own experience? Every map becomes its own unique experience. 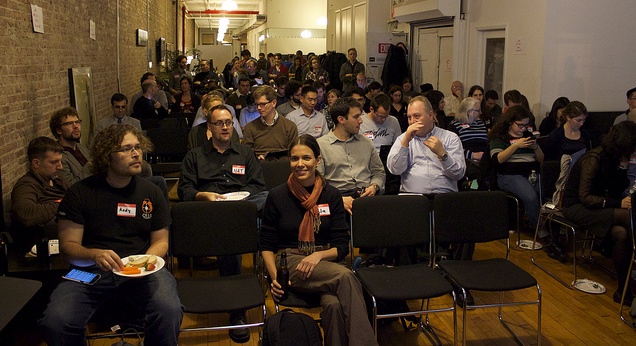 The "democratization of mapping"

All together, recent technological advances in data mapping have lead to one more, perhaps most exciting change in mapping, which Andrew called the "democratization of mapping".

Maps have always been less scary than bar or pie charts. People are familiar with way-finding maps. So, maps made for educational, advocacy, or discovery purposes have always been more accessible to a wider audience than their more abstract, more "mathy" counterparts.

Online, dynamic, and interactive maps, with their more intuitive representation of data, encourage people to discover data patterns as they explore. They encourage people to think about the data, to form and test hypotheses, as they click. In psychology, active learning (learning through forming and testing hypotheses) is thought to lead to the best, in-depth understanding of presented material. So, online, dynamic, and interactive maps allow people, without strong quantitative skills or math backgrounds, to discover and understand the stories that data can tell. They help us become data scientists and understand that every data set and every data map tells a story - the only aspect that six year old me got right.

Hands on map making with CartoDB

CartoDB allows to create beautiful, informative maps in just a few simple clicks. At the Meetup, Andrew told us how to do so. People propped their laptops on their knees and, guided by Andrew, mapped sewage discharge across NY state.

Tristan Aubert, one of our DataKind volunteers, agreed: "CartoDB is, in a word, fantastic. Not only are its capabilities - in mapping visualization - superior to some of the leading BI/dashboard software on the market, the fact that it has simple UI and is open source makes it both highly accessible and diverse tool."

For those who are curious, you can access the tutorial online or learn more about CartoDB at Map Academy. Many thanks to Andrew for introducing us to CartoDB. The sewage discharge data were provided by Lela from her work with Riverkeeper. Great teamwork!