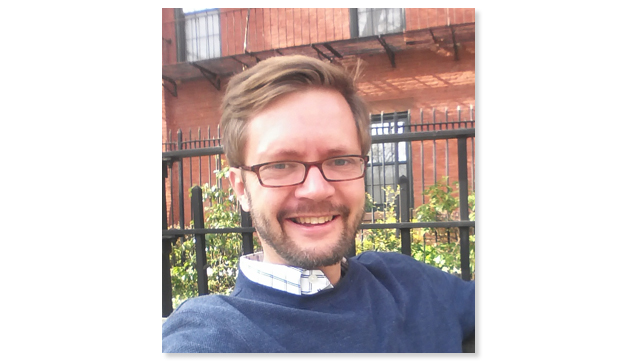 DataKind is nothing without its community, and we’ve been honored to have some of the brightest stars from the world around step up to join us in our quest to bring data science to social good.  We’ve been dying to involve these talented and passionate adventurers in our team, and are pleased to announce that we’ve found the perfect way:  DataKind’s new Experts in Residence Program.  Whether we run across a data ethicist, a philanthropy scientist, or another incredible talent who shares our vision of a data-driven world, we’ll have a place for them at the table as one of our Experts in Residence.

Without further ado, we’re psyched to introduce you to DataKind’s first Expert in Residence, Parker Mitchell.  Parker is a co-founder of the esteemed Engineers Without Borders Canada and is spending time at DataKind over the summer helping us and our community with the mobilization of money, people and ideas.    Parker helped lead the growth of EWB into a 35 chapter organization with volunteers sent to 25 countries.  He’s an incredible guru in the world of humanitarian technology and we’ve been floored by the pace at which he’s been helping us grow into the world-changing organization we want to be.

Why did you start EWB?

I was designing a door hinge for the new GM Saturn; my friend and co-founder George Roter was helping make a printer spit out 12 pages per minute instead of 10. Both of us thought - is this why we went into engineering? I’d done some work designing a water purification system for developing countries as my senior level project (only to quickly realise that technology solutions designed in a lab in Canada were completely unhelpful because technology needs to be embedded in a social/political/cultural/economic context). But that bigger problem - clean drinking water - and others faced by people in developing countries like affordable small scale irrigation, rural roads that withstand rainy seasons, farmers being able to grow a little extra and sell it to market, decentralised energy systems - those are the problems that matter in the world, and we thought that other engineers were also interested in helping to solve them.

What do you think drives people with technical skills to volunteer?

A sense of working on things that matter. I think many of us highly-educated professionals feel that much of what we’re working on might not really matter in the long run. I called it the mom test - would my mom be proud of what I was doing? After I graduated, I was a management consultant for two years. It was super-challenging, and I learned a lot, but helping banks find new ways to offer different credit card options to people who already had one credit card wasn't really something I was proud to tell her about.

So I think there’s a huge meaning gap, and people with technical skills are dying to put those to a use that they feel makes a difference in someone’s life. If you can give them a chance to do so while working with other inspired and talented people, it can be the best professional experience of someone’s life.

What role do you see Data Science having in the pantheon of global volunteering?

I don't really know yet. And maybe it’s too early to tell, since Data Science is still pretty new, and non-profits having access to data is also new. But I do know that there are non-profits working on complex thorny issues who have access to data that might be able to help them, and that patient, strategic and smart data scientists could be huge boon for them. So the idea of bringing those two groups together is brilliant! How it works in more detail, and what kinds of problems volunteer data science teams can realistically solve - those will be co-discovered in the coming months and years here at DataKind.

What was the biggest challenge you faced at EWB?

We didn't think engineers were the solution to global poverty! If all you have is a hammer, lots of things look like nails. And that can lead to the wrong problem being solved. So we were really wary of our engineers simply bringing their own expertise as the proposed solution. We helped our members and volunteers to be demand-driven, to really learn about the issues and the organisations we worked with, to sometimes put their own skill-sets to the side and to try to help someone solve a problem with a blank slate. In one case, when we did that, the solution went from “we need engineers to help build a dam to make a lake to allow our cattle to drink during the dry season” to “we need access to a credit system because storing our money in the form of cows is not as efficient these days as it was 50 years ago.”

It was hard to tell a seasoned engineer that their skills might not be directly applicable, and that they’d have to learn things like anthropology, micro-economics and participatory rural appraisals before they’d be able to make a real difference. And also to remind them that getting people questions and incentives right means more for sustainability and appropriateness than anything technical.

Which other organization (besides DataKind of course) are you most excited about today?

I’m inspired by people like Ai WeiWei and artists who offer social commentary on how we’re living our lives. Those artists are at the forefront of holding a mirror up to ourselves, and no one and no society is perfect, so we need mirror holders.

I’m inspired by all movements where people put their bodies on the line for something they believe in - I think that question of personal courage is something that’s easy to lose in the FB “like” age. So I’ve been inspired by all the young people around the world taking to the streets asking for change. And by those organisations that hold power to account, whether it’s ProPublica or a group called infoamazonia in Brasil or the Right To Information Campaigners in India.

As for organisations, after reading “Eating Animals” by Jonathan Safran Foer I have a new appreciation for PETA, which I’d thought of as extremist. But in his telling they are, according the large scale factory farms, the single most effective group out there - they have much of their impact approaching these large corporations, asking for certain changes to be made to animal well-being, and having those corporations agree to avoid being subject to a PETA campaign. It might be considered blackmail, but I like their verve and apparent impact.

Finally, Wisdom2.0, ServiceSpace  and the Centre for Greater Good in SF are doing great work helping us connect with the personal quietness and meaning that are core to living life with a capital L.

What blogs do you read?

I try to focus on the longer-deeper trends rather than getting caught up in frenetic day-to-day trends. So I just finished a few books - East of Eden by Jon Steinbeck, Becoming Human by Jean Vanier, Understanding the Process of Economic Change by Douglass North and Winning the Story Wars by Jonah Sachs.

What is your favorite vacation destination?

It’s corny, but the next one. And at this point, it’s less vacation and more discovery. My most recent trip was a month through rural Brazil and the Amazon by bus and riverboat, and included a visit to a cattle farm, a feedlot, and a slaughterhouse. I was interested in experiencing the supply side of global agriculture food chains and how that’s connected to Amazon deforestation.