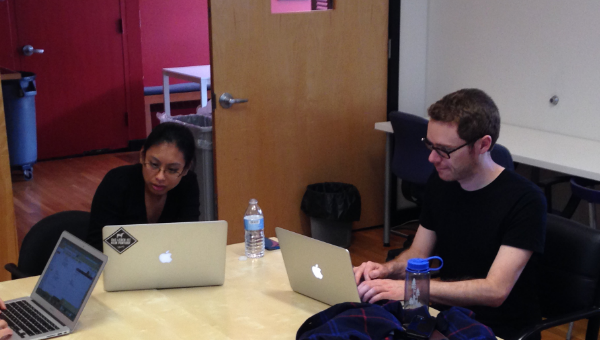 A new slate of DataCorps projects are underway and we couldn’t be more excited!  DataCorps, our signature program, brings together pro bono data scientists with mission-driven organizations for long-term projects to design data-driven solutions for their challenges.  We’ll be highlighting each project in a series of blog posts and are thrilled to start with Crisis Text Line!

Born from the nonprofit DoSomething.org and first described in a TED talk, Crisis Text Line turns the medium teens trust most, texting, into a way to help them meet life’s challenges, providing the support teens need during their toughest times. Crisis Text Line is a free, 24/7 text line available nationwide that connects teens in crisis to trained specialists. Since their launch in 2013, CTL has exchanged over 4 million messages with teens in crisis, representing 87,000 conversations.

Last November, Crisis Text Line attended a DataKind DataDive, our weekend-long, marathon-style program.  With anonymized metadata from 6,400 conversations between teens and specialists, including the specialist reports from each interaction, they hoped to identify ways to help specialists interact effectively with teens at some of their most crucial times of need.

However, the DataDive team soon discovered that only 20% of the surveys were completely filled in by specialists, which was too few for the team to do meaningful analysis. The team instead used the weekend to help Crisis Text Line redesign and simplify the survey to increase the response rate. Three months after the DataDive, the survey completion rate increased from 20% to 75%!

Armed with this new data, Crisis Text Line is back - this time to do a longer-term DataCorps project in partnership with Pivotal for Good. As one of DataKind’s sponsors, Pivotal is committed to the burgeoning data philanthropy field and aims to bridge that gap by connecting Pivotal’s top-flight data scientists with social organizations and communities in need of their skills. Much like an academic internship, select Pivotal data scientists get to devote three months pro bono to work with DataKind and a select organization.

We couldn’t be more thrilled to have Noelle Sio, Principal Data Scientist at Pivotal volunteering her time to work directly with Bob Filbin, Chief Data Scientist at Crisis Text Line over the coming months. This time, they’ll be working together to create an “intelligent switchboard”  that will quickly route teens to specialists focusing on the issue area they need.

Noelle and Bob will also be speaking at upcoming conferences to present their findings at the end of the project so look out for their sessions at Strata where Noelle will be speaking and at NTEN’s Nonprofit Technology Conference in March, where Bob will be speaking.

Noelle is starting to present initial findings, so stay tuned for more updates on this project!