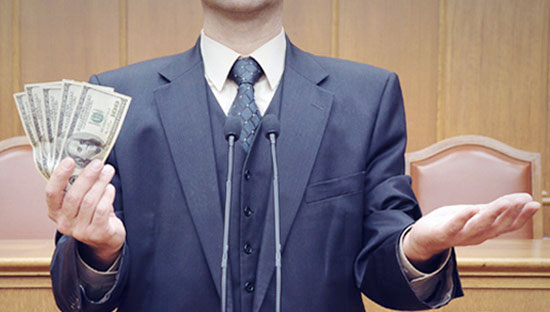 It’s pretty safe to say that Congress—with an 85 percent average disapproval rating in 2013—has some problems.

One huge reason most Americans would likely agree upon: The system feels gamed. It feels like money from special interests plays a far bigger role in legislation, or the lack of it, than the people’s interests.

We know that vats of cash flow into Washington, DC, every day—campaign contributions, lobbying fees, and so on. But how does that money influence our senators and representatives? Does money change their behavior—votes, sponsored legislation, speeches? And is there a way to visually depict those relationships that shines a light on how our lawmakers work?

Check out the BFF tool to see for yourself. [Right now, the tool is limited to Congressional Leadership.]

DataKind engineer Peter Darche teamed up with some folks in 2013 from the Sunlight Foundation to start chipping away at the problem. And the good news is that because of campaign finance law, there’s a lot of data to be grabbed.

Here are some of the available resources:

• The OpenSecrets lobbying database contains just about every number you’d want to have, including the industries lobbying, and the agencies, issues, and bills lobbied for.

• OpenSecrets also has a personal finance database containing the myriad information that legislators need to report about all things money.

• The Sunlight Foundation also collected data on the fundraising activities of politicians.

By tagging the financial information to specific industries and coding bills, who sponsored or co-sponsored them, and how officials voted, that data could be weaved together to tell a story about the influence of money.

We are still in the middle of this project, so we haven’t gotten to the stage of analyzing political behavior yet. But even our initial visual models prove something we’ve believed for a long time: money triggers action.

Look at the illustrations below showing Nancy Pelosi’s fundraising activities, the bunching of payments, the votes and sponsored legislation that follows. These relationships will come into great focus as the project moves forward. 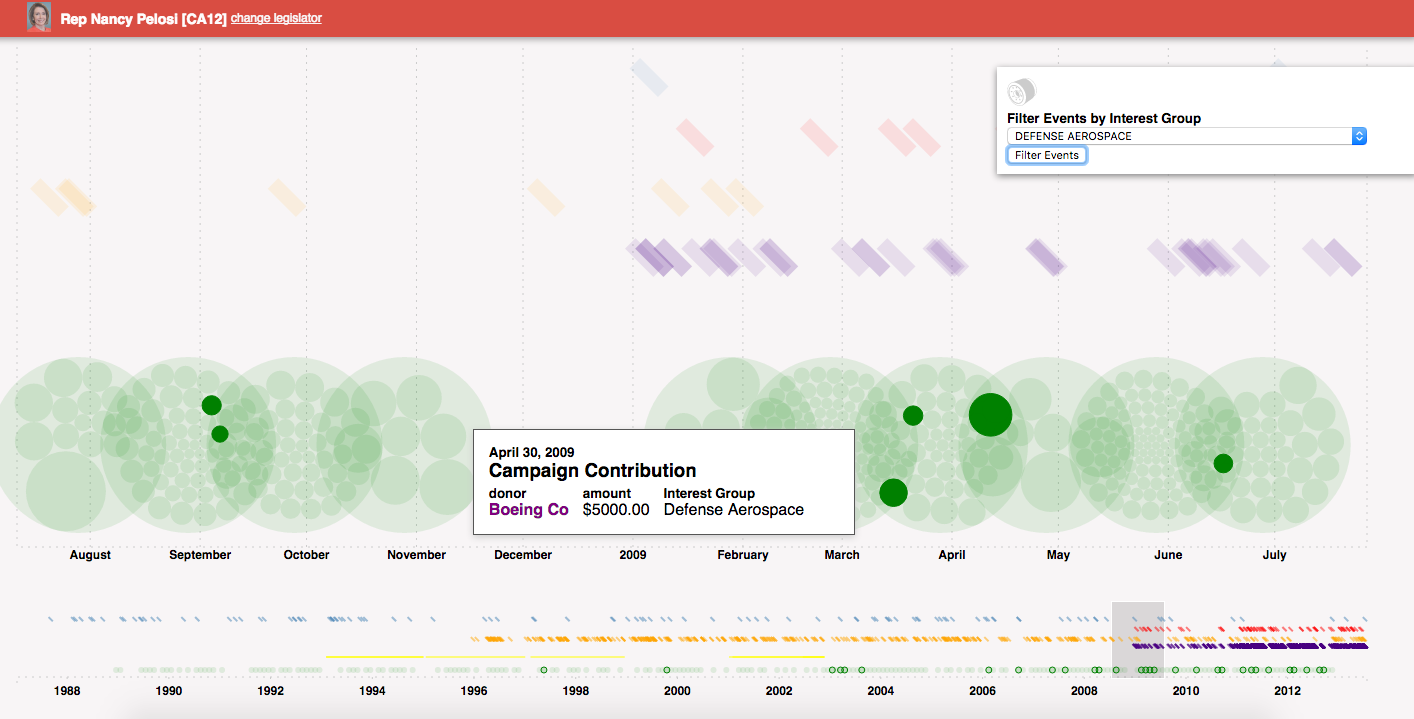 We’ve also learned a lot about the data and what we’re going to test next.

We can start creating and testing hypotheses about political behavior. Most importantly, we’ve established a foundation that the data community can now start to build upon, adding data and testing more key relationships.