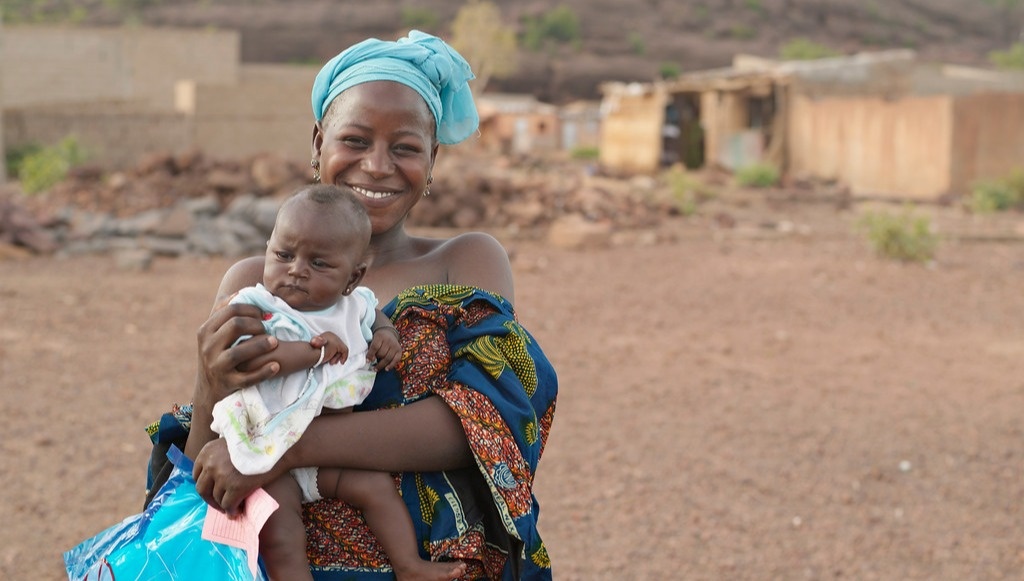 Muso is an NGO with a mission to eliminate preventable deaths rooted in poverty. In Mali, Muso operates at ground zero of health inequity. Mali has the fifth highest rate of child mortality in the world at 110 deaths among children under five per 1000 live births.

“A decade ago a small group of Malians and Americans came together to address the injustices of health and poverty they witnessed around them. Working together out of a converted storage closet, Muso was born. Muso means woman in Bambara, a lingua franca of Mali. A commonly heard Malian proverb asserts, ‘If you educate a woman, you educate her family, her community and her entire country.’ Women are considered responsible for protecting the health of their families.

Muso recognizes that to save lives in the world’s poorest communities, a reactive model is not enough. Early access to care is crucial to survival. To address this challenge, we built a different kind of health system — one that removes barriers and brings care to patients proactively. Through a decade of research, Muso developed a proactive health care system designed to save lives.”

DataKind San Francisco was lucky to partner with Muso from late 2018 to early 2020 to tackle a tricky record linkage problem.

The problem we tackled with data science

In 2017, Muso launched a three-year randomized controlled trial in Bankass, a rural region of Mali, to test the impact of a proactive community case management intervention on child mortality – whether Community Health Workers who proactively search for patients will increase early access to effective treatment and decrease child mortality compared to the standard passive model of care, in which Community Health Workers provide care from a stationary health post.

Unique household-based ID numbers were assigned to each patient in Bankass during an annual, population-based census survey. However, Muso learned that in practice, study participants may be assigned more than one ID number over time, due to natural migration and marriage patterns as well as considerable population displacement amidst increasing insecurity in the region. This is problematic because:

Muso identified a need to perform probabilistic record linkage across census survey years and create a Master Person Index. The trial covers over 100,000 people in 137 clusters in rural Mali. After some research and proof of concept implementations, we narrowed down the solution to use a mature open source record linkage package written in Python to calculate various similarity scores and create the final probability of a match with the Expectation/Conditional Maximization algorithm – see “Technical specs of our solution” below for more detail.

Measuring the success of our solution

We agreed on two primary success metrics to optimize for in the creation of our record linkage model, which matched patients across two census years (year 0 and year 1):

We were happy to end the project with 92% of the population with a match, and an average of only 1.5 matches per patient.

A secondary explanatory metric that we investigated throughout the project – which was the original indicator to Muso that they needed a Master Person Index – was the percentage of women that were present for the census survey in year 0 and participated in a women’s survey and didn't participate in the women’s survey in year 1 (a situation referred to as “lost-to-follow-up”). Without the record linkage, the lost-to-follow-up rate was 25%.

After performing the record linkage, we were able to reduce the percentage of women truly lost-to-follow-up between year 0 and year 1 by 12%.

Technical specs of our solution

We created a series of three Python notebooks that could be run by Muso’s data operations team as each study year’s data became available.

The data transformation file was necessary to standardize fields across years: for example, the values of gender changed from year 0 to year 1, from “male”/“female” to “1”/“2”. To guard against any future changes, we created inputs for each value to ensure they were standardized in future years after we passed the model to the Muso data operations team.

The modeling file is where the record linkage is run with the following features:

There are three final datasets necessary for the project:

Impact and learnings from creating the solution

Because Muso will be able to make a Master Person Index for these three study years and the other datasets that Muso utilizes, they'll be able to better track patients across years and measure not only the impact of proactive case management on child mortality, but also the impact of other factors on their patients. Moving forward, Muso has future plans to use this Master Person Index to perform record linkages and update patient tables in important secondary data sources for the randomized controlled trial, including a mobile application used by Muso community health workers to record their delivery of primary health care services, as well as an electronic medical record system. This linkage of patient records across years and settings will allow Muso to better leverage available data on patient health care service delivery, and answer important secondary study aims, such as the fidelity and cost of delivery of the proactive care intervention model, lessons which will contribute to understanding of factors contributing to the success of this model and will be shared throughout the global health community.

We have some learnings to share from the duration of this project: 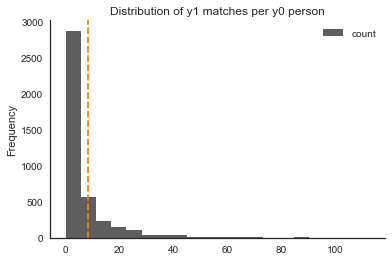 Thanks to Jane Yang and her colleagues at Muso for being engaged with us throughout the duration of the project and ensuring its success. We’d also like to recognize our volunteers from DataKind: our Data Ambassador Justine Schott, and our volunteers: Madeline Campbell, Adam Jones, Xi Liang, Eddie Mattia, Manjula Mishra, Julia Sachs, Will Schuerman, Shengjie Zhou. Thank you all for contributing your valuable time to make this project a success! 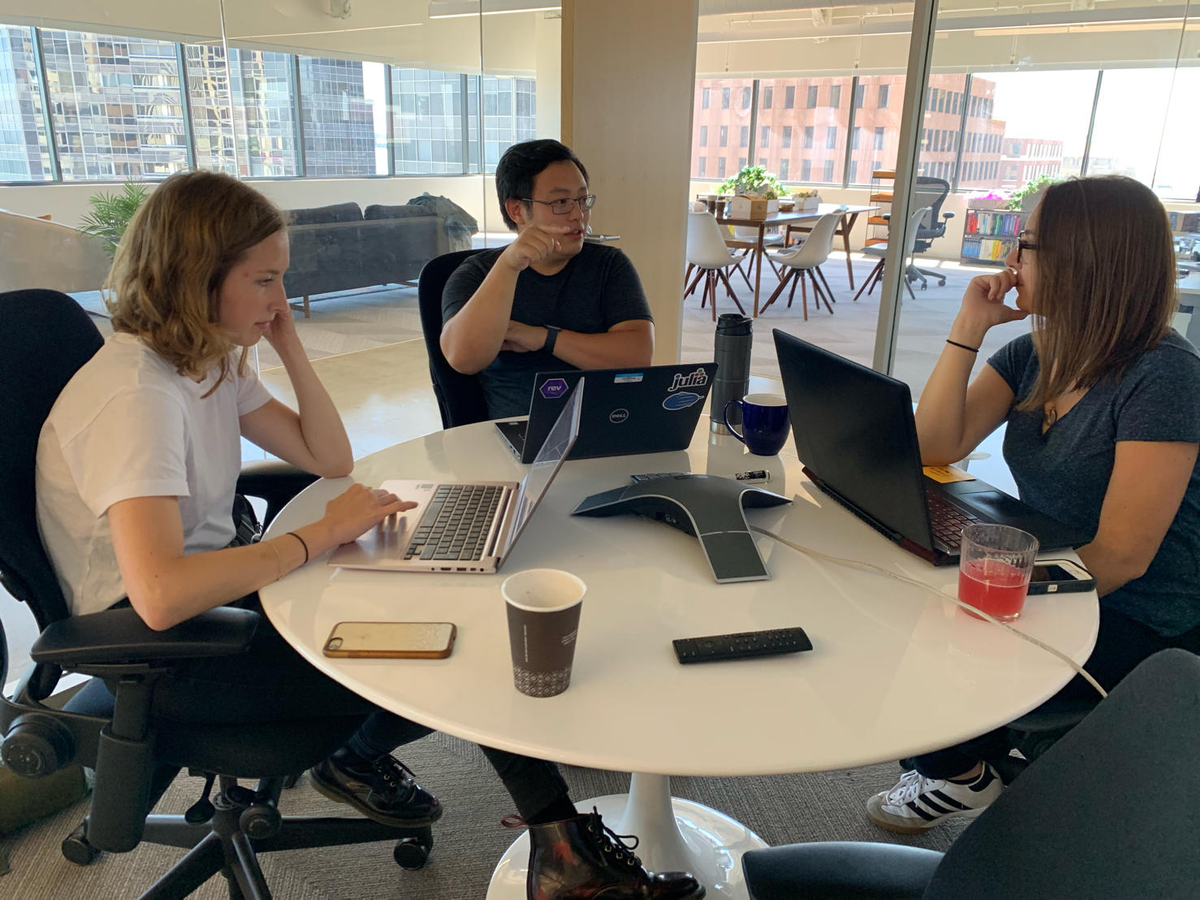 Julia, Xi, and Justine during the first DataDive weekend in summer 2019

The header image above courtesy of Muso.