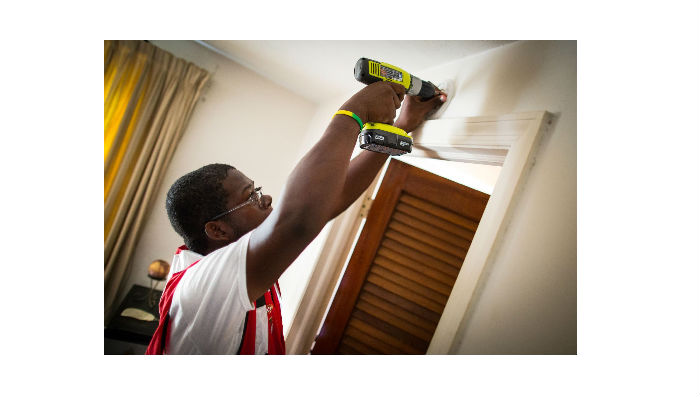 Iterating is the secret sauce of any technology project.  It even spurred a whole paradigm shift in how projects get managed and work gets done. DataKind projects are no different: they go through many iterations and perhaps even a few false starts as the final, production-level project takes shape. But what happens to a DataKind project after the iterating is done and the project is turned over to the partner organization? Will they have the resources and expertise to maintain it?  What happens when the original data begins to get a bit stale and as new insights are learned? DataKind DC and the American Red Cross (Red Cross) have spent the past year answering these questions.

In 2015, the Red Cross launched a partnership with DataKind DC as part of their nation-wide Home Fire Campaign. The initial project brought together large volumes of data on previous fire incidents and some novel Census variables to estimate which areas were likely to have both high fire risk and a low likelihood of having working smoke alarms. But the perennial question remained, what was the Red Cross actually going to do with that tool? The answer was quite a lot. 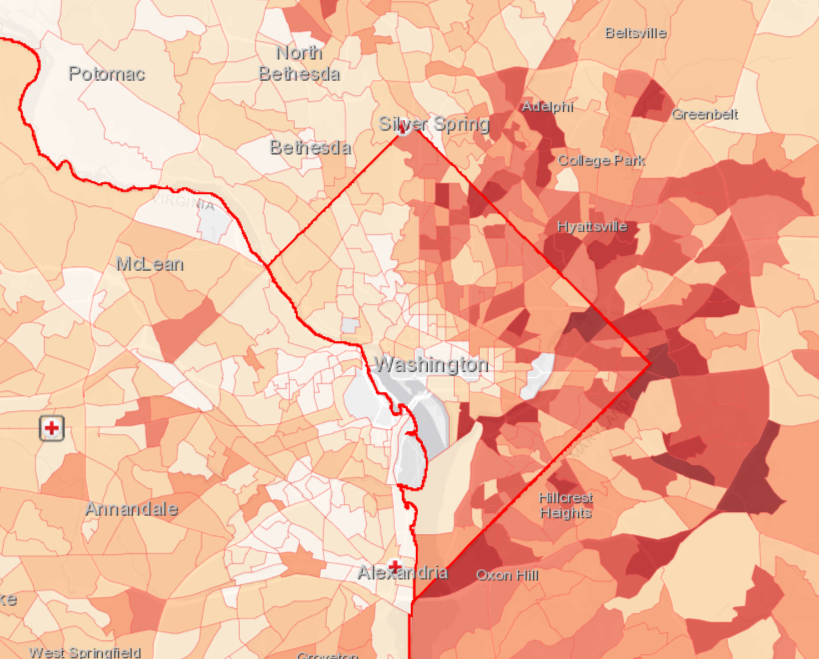 Since the launch of the campaign, the Red Cross, in partnership with local fire departments, conducted nearly 900,000 home fire safety visits and installed more than 2.1 million smoke alarms in high risk homes across the country. Red Cross staff, volunteers and partners across the country have used the fire risk map created by DataKind to help leverage smoke alarms in the neighborhoods and communities that need them the most. Jake, who has been heavily involved with this project since 2015, notes,

We are constantly evaluating the efficacy of our program and the tools we use; thanks to tools like the Home Fire Risk Map, we’ve seen a lot of success. Since the launch of the Home Fire Campaign in October 2014, we’ve been able to document 794 lives saved. And those are just the ones that we know about. There are countless others who will never experience a home fire thanks to the hard work of our volunteers, community partners and the fire service. In the spirit of continuous improvement, we’ve reengaged with DataKind to make sure that the Home Fire Risk Map, which was first released in 2016, has the most relevant and current data available. Our goal with this follow-up project is to refine the underlying models based on the information and insights we’ve learned over the last few years.

Over the past year, a dedicated group of DataKind volunteers have met (virtually) nearly every week to assess and ultimately re-build the fire risk map during the pandemic. Since the Red Cross was already using the existing tool, the team first evaluated the existing codeset and visualizations, speaking with current Red Cross personnel to understand how they are using the tool and what improvements they might like to see in future versions. The team also evaluated the currently available datasets and reviewed other open-source projects. Since the start of the project in 2016, there have been a few changes. One major change directly impacted this tool; the American Housing Survey, conducted biennially in a handful of large metropolitan areas, stopped asking questions about whether households have functioning smoke alarms in their home after leading experts in the field began to question the accuracy of the self-reported data. 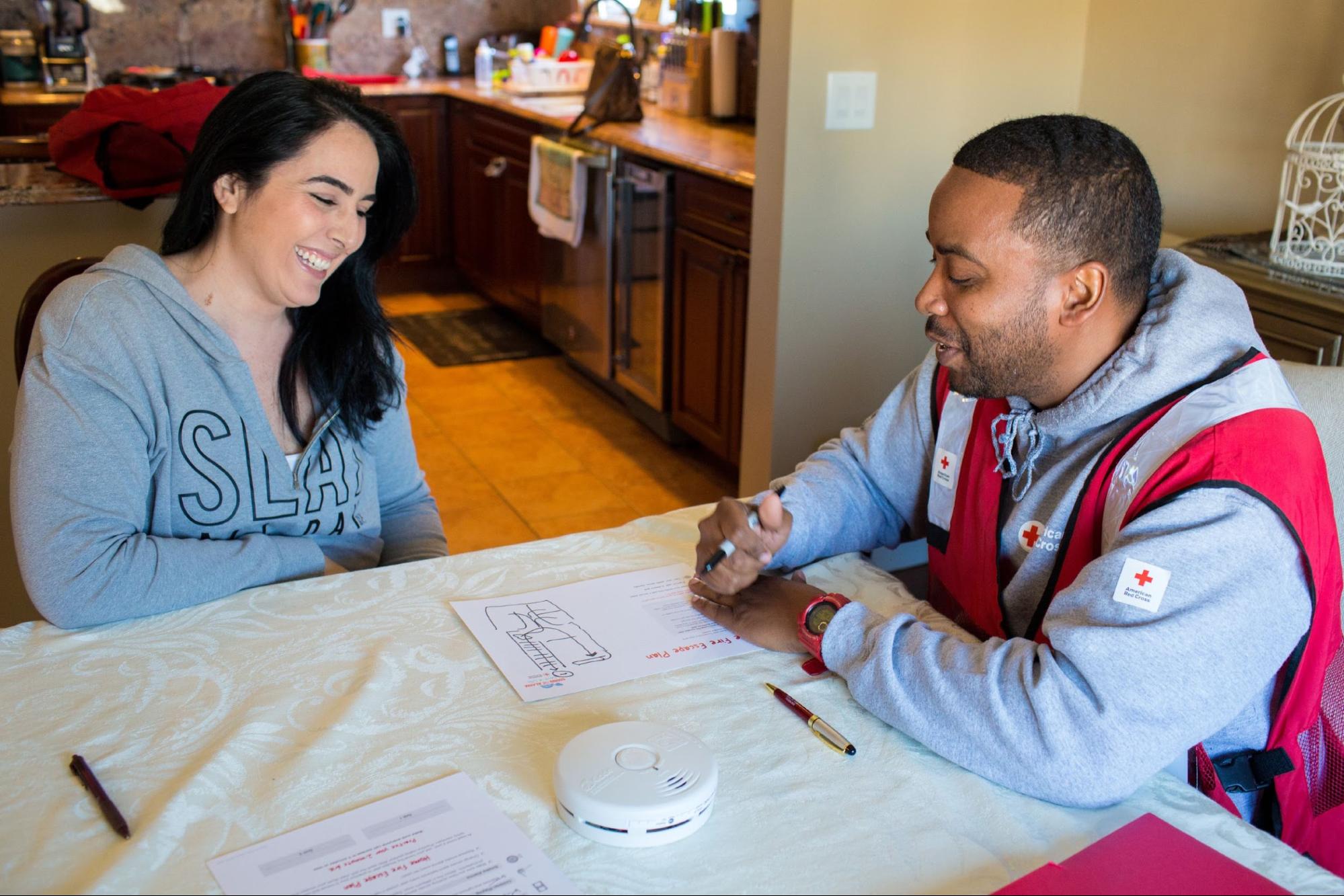 The Red Cross has collected, arguably, the largest dataset of smoke alarm installations in the world and that includes information about whether homes had smoke alarms upon arrival and if they were tested and found to be in working order. The DataKind team of volunteers were able to mine this rich dataset to improve upon previous efforts to identify areas with lower than average smoke alarm presence. With richer data like this, they were able to revisit some of the original assumptions to further refine the precision and lift of the model.

When COVID began to disrupt normal life, the team quickly transitioned to weekly virtual working sessions and didn’t skip a beat. Gone are the days of sharing pizza and whiteboarding problems; today, they leverage Skype and Slack. As the team members adapted to disruptions to their individual work and personal lives, countless people contributed to parts of the project as their availability allowed. Over the past six months, a core group of volunteers has emerged and played an integral role in keeping the dream alive and the project moving forward successfully.

The team will be working over the next month or so to finish building and validating the model as well as updating the map-based user interface that the Red Cross personnel will use. The new tool will be ready to empower Red Cross staff, volunteers, and partners once they resume in-home visits post-COVID to make sure they are knocking on the right doors and delivering the right message to help keep communities safe from home fires.

If you do not have a smoke alarm in your home or if you know of someone you care about that does not have a working smoke alarm, please contact your local American Red Cross chapter or your local fire department to get one installed and to discuss simple steps you can take to reduce your risk of fire.

Join the American Red Cross to Sound the Alarm. Save a Life.

Is Your Neighborhood At Risk For House Fires? Search Here

How to Do Data Analytics in Government