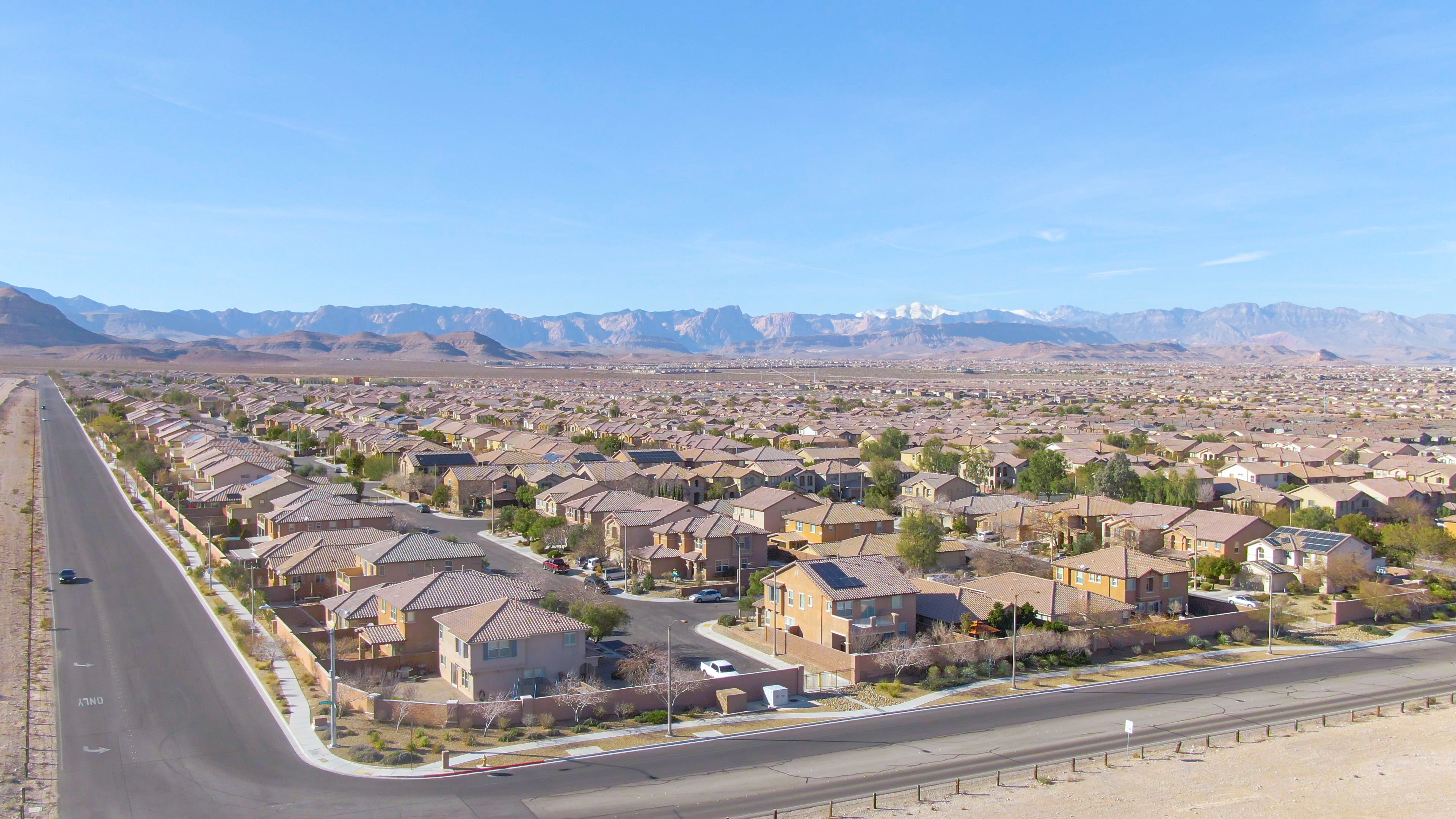 The onslaught of COVID-19 and the subsequent economic recession has left many without a plan to cover the costs of housing. Recently, the federal moratorium on evictions, designed to protect millions of tenants from being forced from their homes, was struck down by the Supreme Court. According to a recent report by The New York Times, homeless shelters are adding beds in preparation for an increased need. The Census Bureau’s most recent Household Pulse Survey showed 3.6 million people “thought it was somewhat or very likely they would be evicted within the next two months.” Experts predict those affected could be much higher, with evictions potentially impacting 30 to 40 million Americans.

In comparison to coastal cities like New York and San Francisco, cities in the Sun Belt are often thought to have more affordable housing options. But in recent decades, housing prices have risen, causing some of the fastest declines in homeownership rates. As part of an ongoing partnership, New America’s Future of Land and Housing (FLH) Program and DataKind recently released a second report, Displaced in the Sun Belt. The project builds upon our initial collaboration and dives deeper into understanding housing loss in the Sun Belt, which we found to have the highest combined eviction and foreclosure rates in the country, driven by Arizona, Nevada, Florida, Georgia, and South Carolina.

A recent article from the New York Times details one woman’s struggle to make rent in Las Vegas. After losing her job in early 2019, Suzy Niffenegger’s credit rapidly declined as she relied on credit cards with high fees to make ends meet. After getting evicted from her condo, she tried living in a hotel near the Strip, which was willing to overlook previous evictions in exchange for a monthly rent far above what is considered fair market price. She was evicted again after only a few months. Niffenegger believed her luck had turned around when she received a stimulus check. She also heard billions in federal emergency rent assistance were being made available to struggling renters, so her back rent might get paid. Shortly thereafter, she received a crumpled piece of paper, delivered under her door, which read, “ORDERED that the nationwide eviction moratorium issued by the Centers for Disease Control...is VACATED.” Niffenegger is one of many facing housing loss and joblessness in the Sun Belt, on top of the pervasive stress of a global pandemic.

To better understand the drivers of eviction and mortgage foreclosure to predict and prevent the type of housing loss Niffenegger and others experience, decision makers need actionable data. The partnership between DataKind and New America’s FLH program seeks to generate census-tract level insights on evictions and mortgage foreclosures in the U.S. to identify who is most at risk of losing their homes and where. The first step to creating a data pipeline was to consolidate information typically siloed–including mortgage foreclosure, tax lien foreclosure, eviction, and U.S. Census data for specific localities–into a single database. With this centralized housing information at a county level, the team was able to produce a first-of-its-kind “Housing Loss Index.”

From there, this data could be analyzed and processed to create a comprehensive, easy-to-understand set of visualizations of housing instability to help policymakers identify at-risk areas where immediate action is needed.

Through this process, DataKind and FLH found roughly half a million people lost their homes each year, out of a 17 million person sample including Las Vegas, Phoenix, Houston, Winston-Salem, Norfolk, Orlando, and Miami. Put another way, one in thirty households were losing their home to eviction or foreclosure each year. Norfolk City, Virginia had the highest rate of housing loss at a rate of 8.8 percent, with 12.8 percent of renters, or one in every eight, being evicted. The study showed evictions across all seven Sun Belt counties fell during winter months and rose steadily in the late summer months. 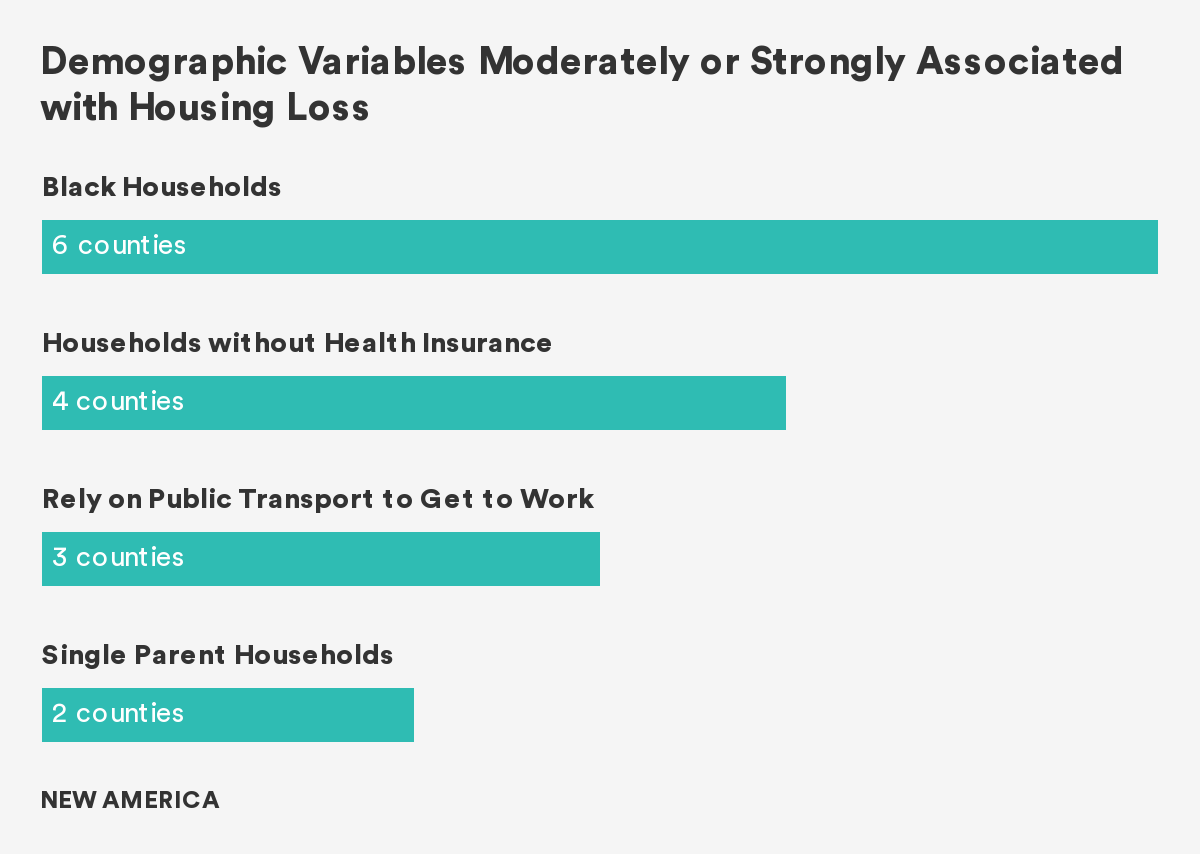 The report showed communities of color were hardest hit by housing loss. In nearly every Sun Belt county included in the report, researchers saw a strong relationship between race and housing loss. Areas with higher numbers of Black households, according to census tracts, had substantially higher rates of both evictions and mortgage foreclosures. We found that as the percentage of residents without health insurance increases, so does the rate of housing loss. A similar trend is seen in communities where more residents take public transit to work.

The data validated the need for an extension of the moratorium on eviction and foreclosures, and raised awareness of the need for long-term policies, such as rent forgiveness, expanded affordable housing solutions, improved tenants’ rights, and new, proactive legislation to prevent housing loss, especially in areas most likely to have increased rates of housing loss.

Understanding where housing loss occurs and who is most affected illuminates where aid would be best directed and highlights areas most in need of proactive, preventative policies.

Together with New America’s FLH team, DataKind is now leveraging insights generated from the first two phases of work to scale the work nationally by developing a toolkit such that local leaders can leverage and analyze their eviction and mortgage foreclosure data to generate insights that are most relevant to drive decision-making and action in support of local communities.

Beyond the current crisis, DataKind has a long history of using data to help solve problems associated with housing insecurity. Check out more below and learn how you can help support our work!

Join us in advancing the use of data science and AI to support causes that can help make the world a better place.