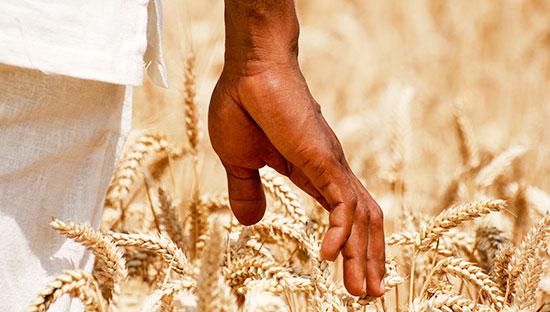 Back in 2009, Kenya was struggling through a major food crisis. One million people faced imminent starvation, and the problem was deeply exacerbated by extreme inflation, making it incredibly difficult for families to keep food on the table. The government struggled to contain an inflation rate that it pegged at 25 percent. But was that really accurate?

The national lending rate around that time was 20 percent, meaning banks would’ve gone bankrupt in that environment. Clearly, the banks were guessing what the inflation rate was—and that it wasn’t 25 percent.

A couple of facts are important to this situation:

In addition to these facts, and with particular emphasis in considering the guesstimate of a national inflation rate, a truth rings loud and clear: Wrong data is worse than no data.

The food price data traditionally used in too many inflation rates takes a long time to harvest and exists only at the national level, ignoring differences in regions and sub-regions. That doesn’t cut it when a crisis is in process.

So we asked: Was better food pricing and consumption data available--in any form, from any source--in real time? Could we figure out how to scrape that data efficiently and organize it in a way that would ensure that banks and governments worldwide had every grain of information possible to manage poverty through monetary policy? Is it possible to use that information to thwart a food crisis in the making?

We took those questions down to the DC Big Data Exploration in March 2013 and a crew of data scientists dubbed Team Ndizi (which means bananas in eastern Africa) took up the challenge.

Rather than start with a foundation of data, Team Ndizi, led by Max Richman, decided to scrape several websites to create new datasets. Using a variety of tools such as Python, ScraperWiki, and the Wayback Machine, they identified a number of sources that would help them surround the many layers of food pricing.

In addition to this on-the-ground data, Team Ndizi looked to databases at the World Bank, the Food and Agriculture Organization of the U.N. to round out the data. And the team used three cost-of-living sites to validate the information it was getting: Numbeo, Xpatulator, and Expatistan.

Finally, the team looked at how pricing can affect a food crisis in process. The Indonesian government tried to diversify the country’s diet, which is heavily dependent on rice. The program caused rice prices to spike relative to world pricing.

A World Bank senior economist has expressed an interest in analyzing Team Ndizi’s results and comparing it with the organization’s data.

The “defining chart” on the Indonesia rice crisis can be made more effective and useful in collecting price and consumption data in the World Bank’s work.