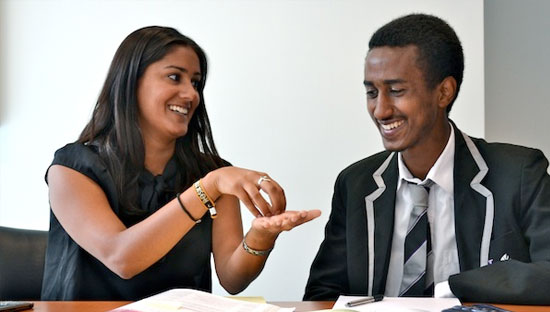 With a pool of 700 volunteer tutors, the Access Project sought to map the lifecycle and journey of their tutors over the period that they volunteer with the charity.  The aim was to understand what makes for a successful pairing between tutor and student so that they could improve or adapt their processes to make the volunteer experience better and help more students.

The kinds of questions they wanted to answer were:
•    How long does the average tutor volunteer for?
•    What drives a tutor to volunteer with a second student?
•    Where are our tutors located geographically and does distance from the school affect their engagement?

At a DataDive on a warm June weekend, a swarm of DataKind UK volunteer data scientists descended on The Access Project’s data. Three Data Ambassadors, Ben Richardson, Alex Matei and Antoine Frange, had prepped the data and were ready to lead the DataDive team, including Josie Warden, The Access Project’s Volunteer Coordinator, to victory.

One of the early insights over the course of the weekend was that the distance between student and tutor was not as much of a barrier to tutoring as previously thought. It appeared that many of the pairings were long lived despite a travel time of 30 to 40 minutes for the student. 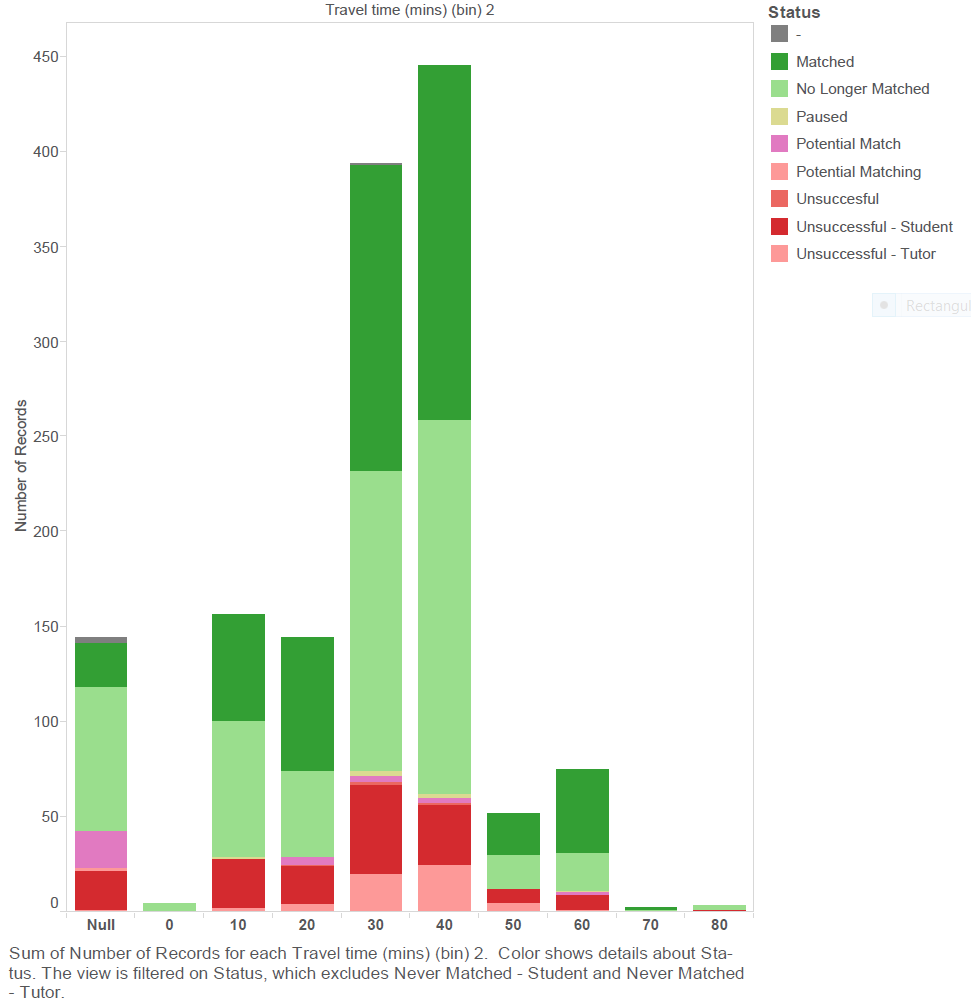 A second finding confirmed their existing belief that volunteers from companies that have a close relationship with The Access Project as part of their corporate social responsibility programs are more likely to stay engaged with the program. Fostering strong relationships with their corporate partners appears to be key.

The most profound insight of the weekend related to the data The Access Project was not collecting. There was a fairly consistent cancellation rate for tutorials, but the DataDive team did not have enough data to understand why that was happening. Who was cancelling them – was it the tutor or the student? Had they planned not to have a tutorial that week because of commitments, or was it a last minute cancellation?

The volunteers quickly refined the reporting process so that The Access Project could collect the right data and get to the root of the problem. They suggested that tutors should be able to give more detailed answers when responding to the email asking whether a tutorial took place.

The data science volunteers also made suggestions about the optimal timing and way to best survey the tutors in more detail e.g. immediately following a tutorial, during the academic year and an exit survey for volunteers leaving the programme.

Josie said that this was, “one of the most useful takeaways from the DataDive. We gained a better understanding of how to survey tutors. We now know what questions to ask them and what data to collect to help improve the experience for them.” 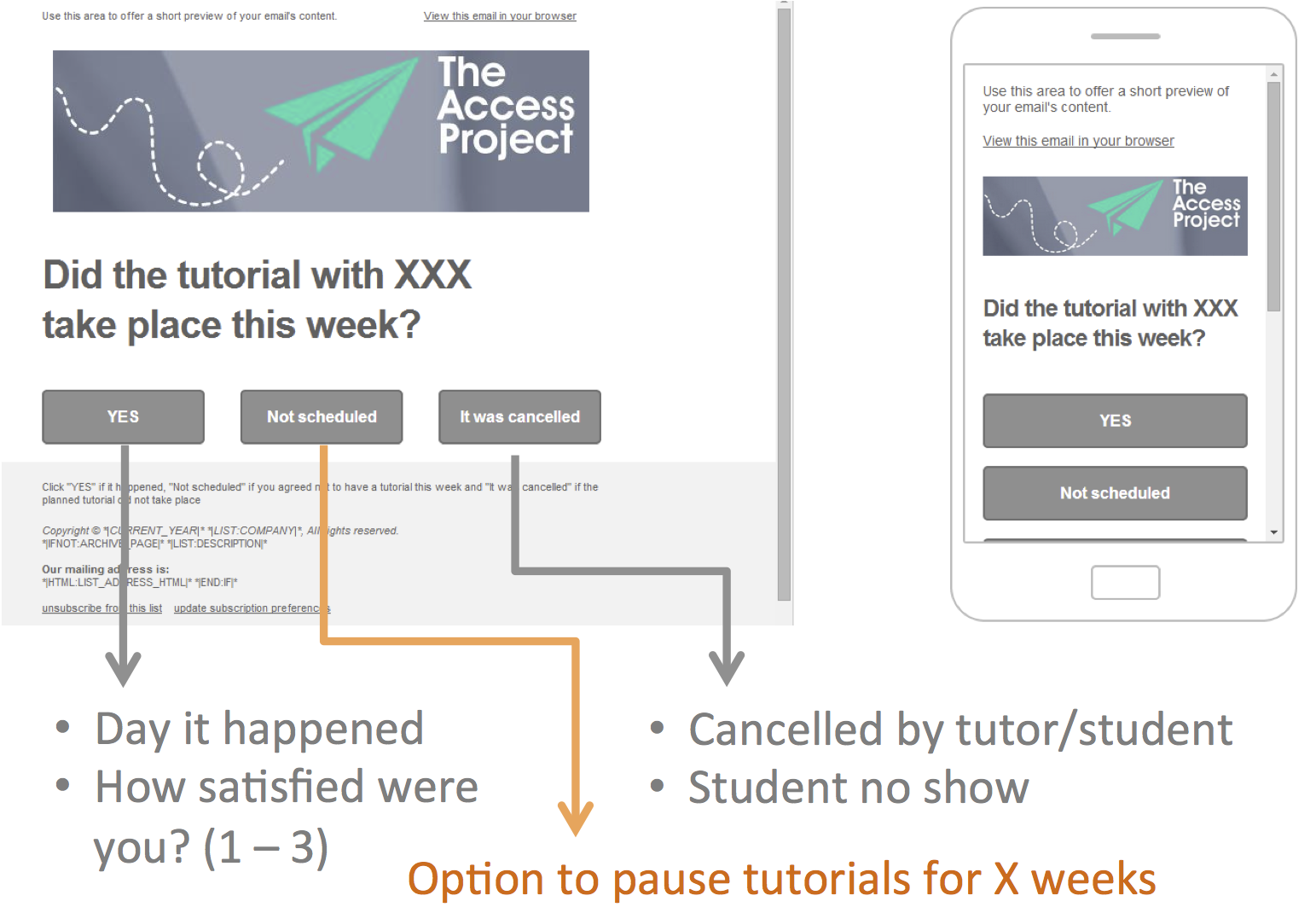 Other useful findings included clear evidence that volunteer tutors are most likely to drop out of the process at the beginning after they’ve signed up, but before they’ve done the training. And if they are matched to a pupil, there is a high likelihood of them dropping out after 10 tutorials. Both of these findings proved helpful in adapting The Access Project’s engagement with tutors and planning the tutoring year.

After the summer DataDive, The Access Project immediately changed how they collect data from tutors and students. They now spend more time carefully planning the tutoring year and are trying to build more engagement and get more feedback from their community of tutors.

While the charity was clearly already working with data about their students, the DataDive reemphasized the importance of focusing on their volunteering data and using it in strategic decision making.

The Access Project is also very fortunate to have been supported by Aimia’s impressive data analytics volunteering programme. Aimia’s data scientists have been measuring the impact of The Access Project’s work on the students that take part in their programs.

All in all, The Access Project continues to embrace data and further its journey of being a data-driven organisation!