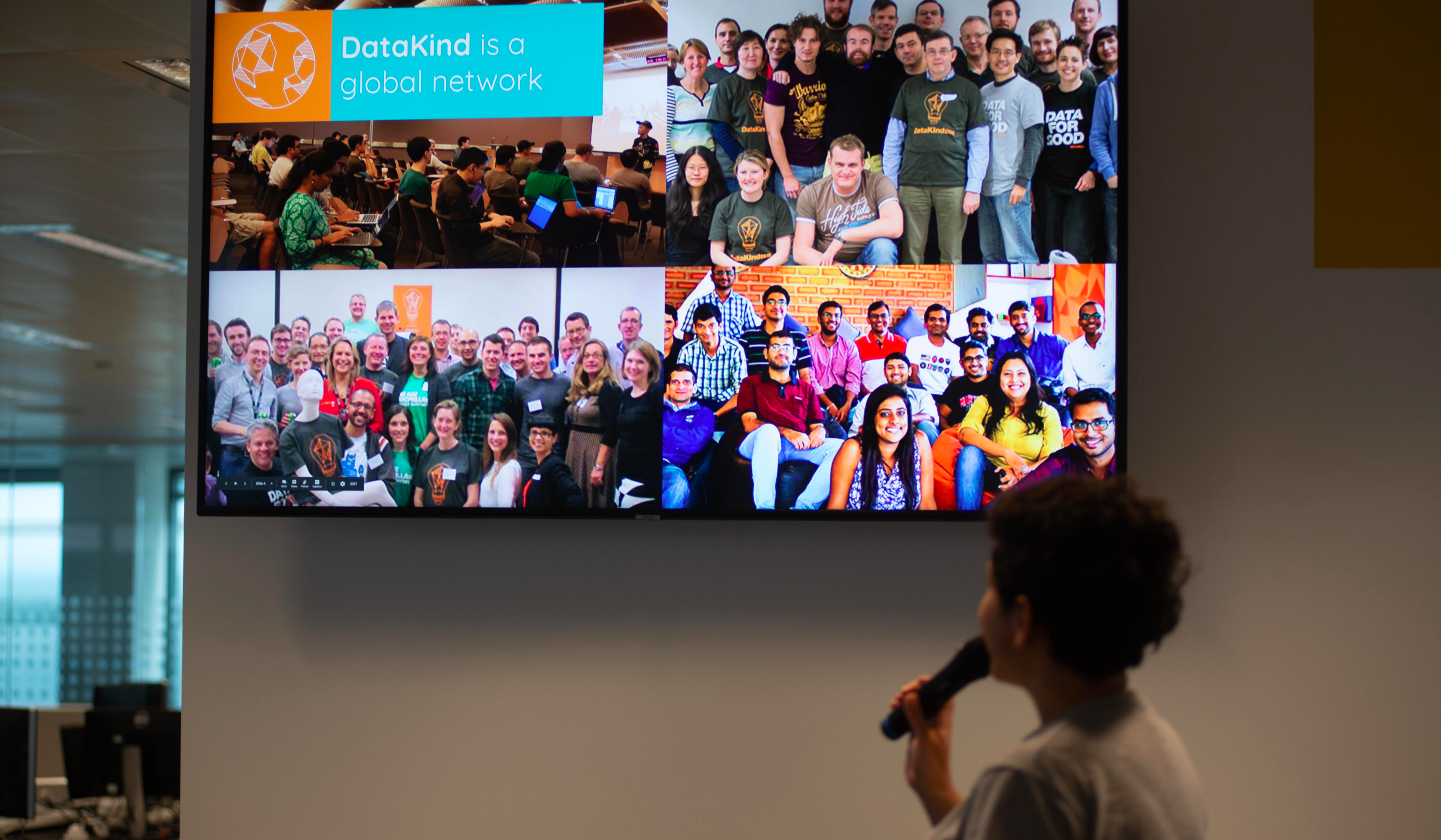 DataKind UK teamed up with Mind in the City, a local branch of the national mental health charity. Our findings brought into focus the formidable challenge of delivering mental health services to diverse local communities and showed how basic data science techniques can provide powerful insights.

Mind is a charity offering advice and support to anyone experiencing mental health problems — which is one in four of us in any given year. Mind is a federation of independently-run local branches with the flexibility to design services specifically for their communities. Following a successful DataDive last summer with Mind in Tameside, Oldham, and Glossop, this year DataKind UK worked with London’s City, Hackney, and Waltham Forest branch (Mind CHWF).

Meeting the Needs of a Diverse Community

Mind have long been reporting on the inequalities in access to mental health services faced by people of different ethnicities, gender, age, and socio-economic background. This is a real and pressing challenge for Mind CHWF, who serve a particularly diverse community. For example, over a third of Hackney residents were born outside the UK and it's one of the most economically deprived boroughs in the country. Mind CHWF were keen to understand how the diversity of their local community was reflected in their services. Using data on client demographics and service use, straightforward descriptive analytics were all that we needed to uncover tangible, actionable insights.

Another team got creative and pulled in public census data, comparing the ethnic composition of CHWF’s population at large to the Mind CHWF’s client base. Their most striking observation was that Hackney’s Nigerian and Kurdish communities were hugely over-represented among their service users, perhaps due to word-of-mouth recommendations within these tight-knit communities.

Birds of a Feather

Looking beyond client demographics, another big insight from the weekend came from a team investigating attendance records of group support sessions, which comprise a major part of Mind CHWF’s services. Every which way the data was sliced, they kept coming back to the same observation — people were more likely to return to a group that was made up of people more like them (see chart below). In other words, group homogeneity in terms of gender, ethnicity, age, or religion, improved attendance and decreased drop-out rates. While some might hope that a group session is strengthened by a multitude of voices and perspectives, this was not borne out in the data. Perhaps unsurprisingly, the data suggested that in a mental health setting, social diversity can be antagonistic to a safe and supportive environment. 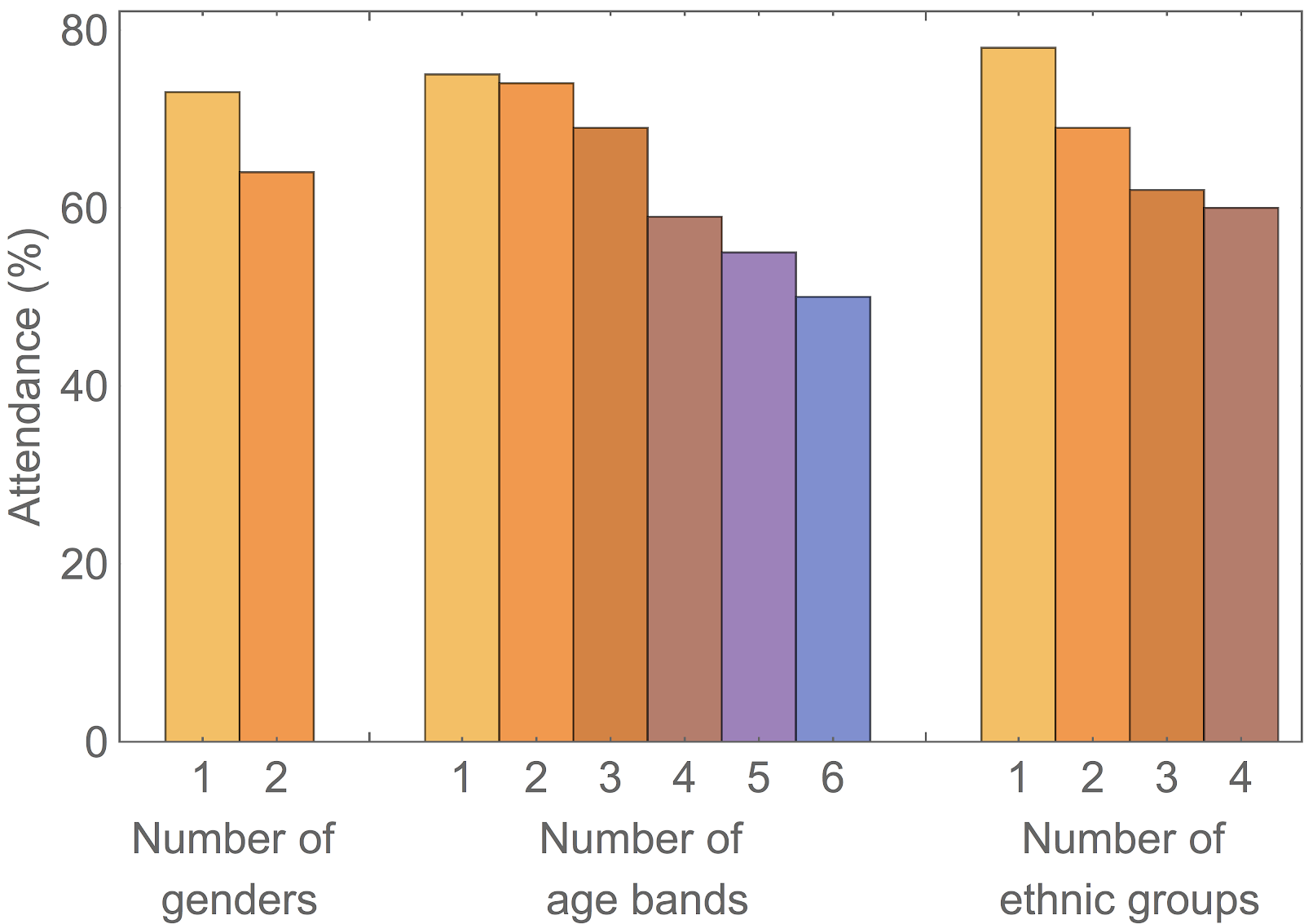 Taken together these findings were a call to action for Mind CHWF; the social diversity of their community must be considered not only in their outreach strategy, but in the way they run their services. Taking these insights forward will mean testing outreach strategies tailored specifically for their harder-to-reach communities and reevaluating how they program group sessions.

Like many DataKind projects, this DataDive showed the power of basic data science to help a charity transform their impact. In data science terms, this was relatively low-hanging fruit, easily picked from the most abundant and easy-to-collect data on client demographics and attendance. But for Mind CHWF, the findings suggested immediate changes that could have a powerful impact. 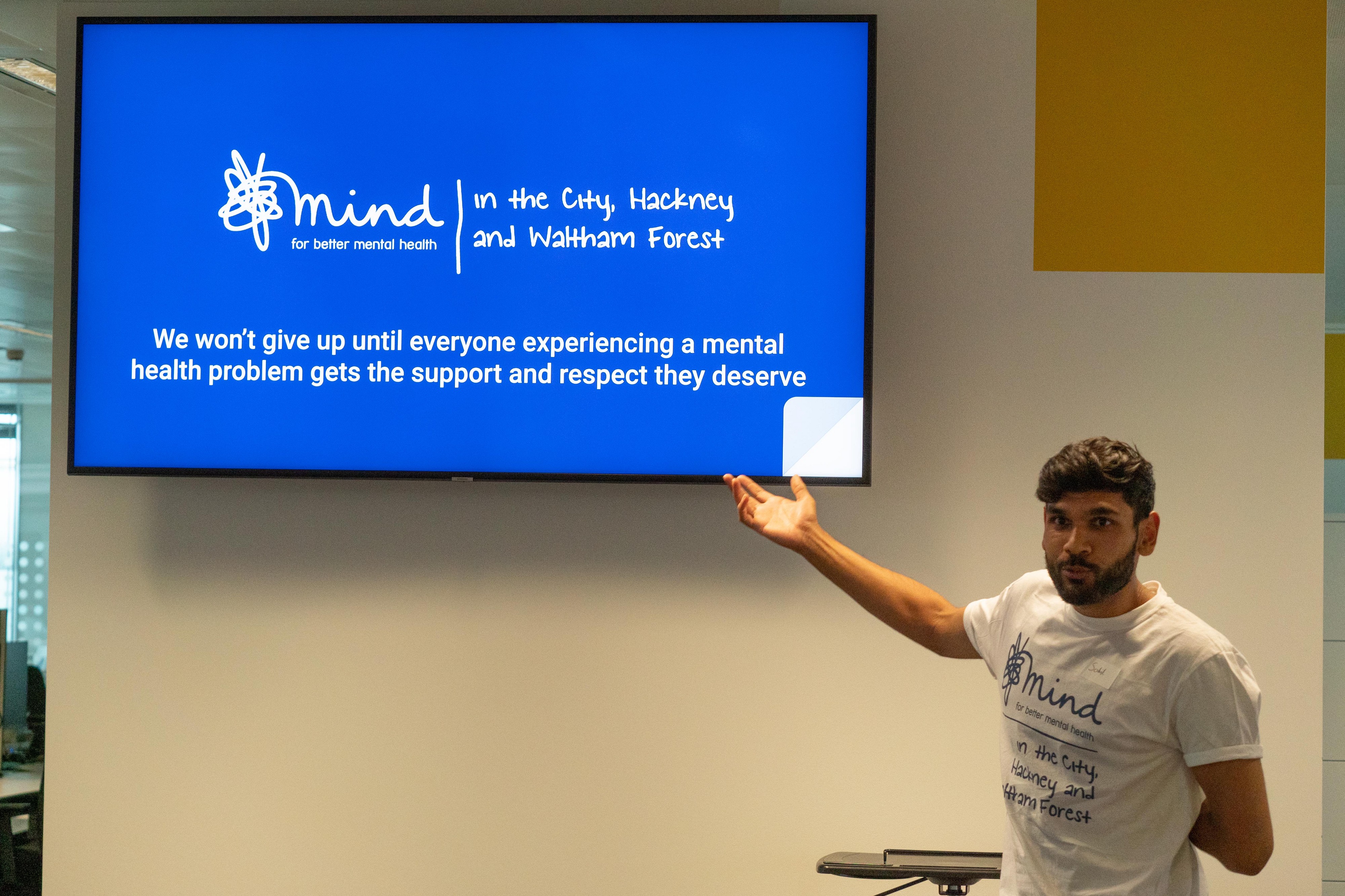 Mind CHWF went home from this dive with several dashboards (in this case, interactive data visualisations) to help them disseminate their findings throughout their branch, and to inspire other branches to explore the possibilities of data science.

It's interesting to note that similar lines of inquiry and analysis methods — like pulling in public census data to identify under-served communities — also yielded useful insights in the TOG Mind DataDive last year. This suggests how the local information held by a particular Mind branch could be leveraged and shared in a generic data analysis pipeline useful for local branches across the country facing similar challenges.