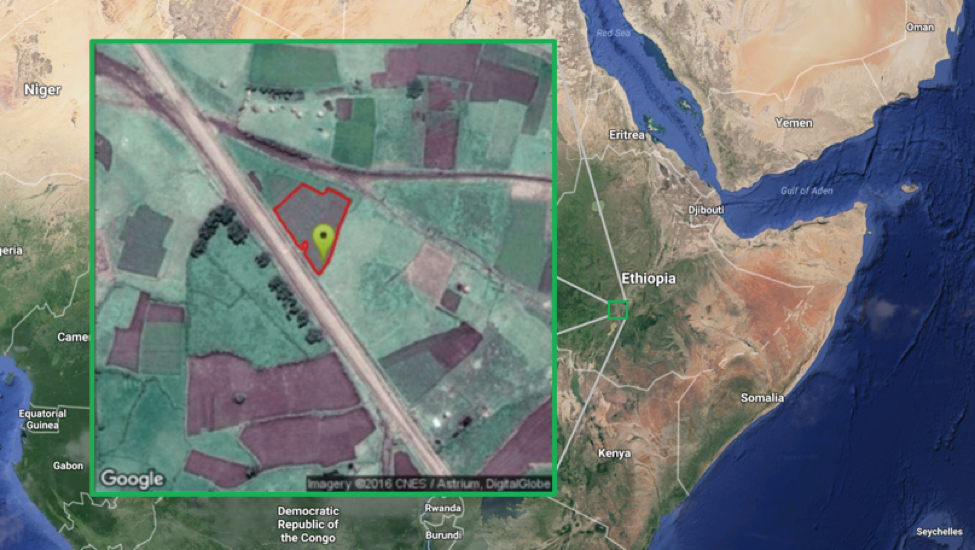 Cultivated by about five million households, wheat is an important crop in Ethiopia as both a source of income for small farmers and a source of food and nutrition for millions of Ethiopians. Despite the country’s huge potential to grow wheat, the average wheat productivity of 2.5 tonnes per hectare is lower than the global average of 3 tonnes per hectare. This is due in part to recurrent outbreaks of a fungal disease called wheat rust that causes devastating pre-harvest losses.

Several international development agencies have been supporting scientists to study the spread of wheat rust as part of their efforts to increase agricultural productivity and reduce hunger and poverty for millions of farming families in Sub-Saharan Africa. However, it can be challenging to even know where wheat rust croplands are located in Ethiopia, as the field survey data that exists is incomplete and costly to collect.

Given advances in satellite imagery, we wondered - is it possible to detect wheat rust from space so that an early warning system could be developed to predict and prevent future outbreaks?

Last August, we held a DataDive with the Bill & Melinda Gates Foundation to tackle this question and more. Using a combination of survey data, remote sensing data and satellite imagery, a DataDive volunteer team was able to develop a proof of concept statistical model using survey data to distinguish severe yellow rust from no rust (of any type) with about 82% accuracy. A model like this could enable governments, funding agencies and researchers to better detect the spread of the disease and evolution of new strains of pathogens, and more quickly deploy protective measures to help farmers and their communities.

We’re pleased to announce we’re continuing our work with the Bill & Melinda Gates Foundation and will be kicking off a long-term multi-phase project to develop a more accurate predictive model using a combination of satellite imagery, multispectral imaging and computer vision techniques. The goal of the first phase of the project is to find a way to automatically detect wheat cropland.

We’re looking for a team of volunteers, including satellite imagery and machine learning experts, to help work on this project over the next several months. If you have significant experience in these areas and would like to contribute, email Sina Kashuk, DataKind’s Data Scientist managing the project, at sina@datakind.org with details on your background.