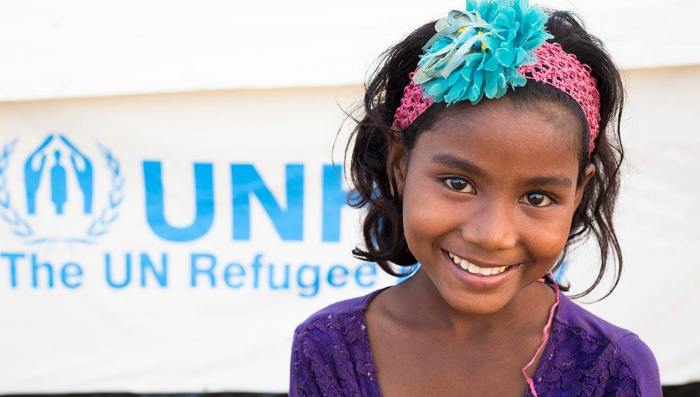 At a 2017 DataDive presented by USA for UNHCR, #GivingTuesday and the Bill & Melinda Gates Foundation, a team of DataKind volunteers led by Evelyn Lang, Ravin Pierre, and Friederike Schüür worked alongside Rita Ko and Franck Mujyanama of USA for UNHCR to see how emerging technologies like data science and newly available data sources might be leveraged to help the organization raise awareness and showcase the refugee experience to inspire more donors to give.

USA for UNHCR plays a vital role helping and protecting the 65.6 million refugees and people displaced worldwide by violence, conflict and persecution. USA for UNHCR is a national partner of the United Nations High Commissioner for Refugees (UNHCR) and the only U.S. organization dedicated to raising funds and awareness for refugees and UNHCR. USA for UNHCR provides lifesaving essentials including shelter, water, food, safety and protection, and supports programs and initiatives to help refugees prepare for the future. With donor support, USA for UNHCR helps refugees survive, recover and rebuild their lives.

Satellite imagery showing tents in South Sudan refugee camp. Images like these were used to train an algorithm that can count tents automatically, saving time and informing resource allocation on the ground.

To understand the conditions in refugee camps, several models to count the number of tents in a South Sudan refugee camp were tested using satellite imagery. The team trained models using images from UNITAR, the United Nations Institute for Training and Research, to create an algorithm that could automatically count images of tents as opposed to having to count manually. This could save precious staff and volunteer time and allow UNHCR to better serve refugees by quickly estimating refugee camp populations, identifying locations to fill gaps in service (e.g., providing communal latrines, water points, etc.), and informing site planning and resource allocation.

Comparing the Density of a Refugee Camp with your Hometown

The second tool tested was the “Geo-Affinity” tool. In an attempt to build empathy and awareness for the plight refugees in overcrowded camps, the volunteer team prototyped a tool that would allow someone to compare the density of their hometown with the density of a refugee camp. 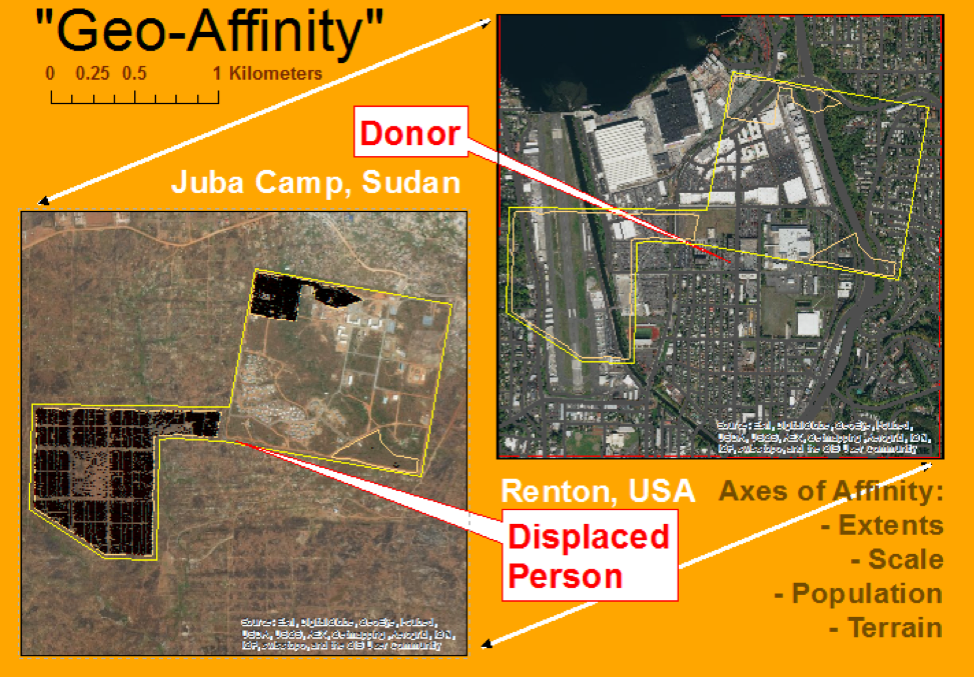 One GIS expert on the volunteer team was able to create a map-based tool that enables someone to compare a refugee camp to their hometown.

The tool allows the user to input their home address and see a refugee camp of the same geographic size of their hometown. It would also show the population density comparison, giving the user a sense of the magnitude of displaced populations and the relatively small area that they occupy by comparing the refugee camp to a very familiar neighborhood or area.

These prototypes helped USA for UNHCR showcase what techniques are now possible given new data sources and approaches. The organization is now partnering with Stanford’s Sustainability and Artificial Intelligence Lab that will be building off the tent-counting algorithm prototype, using higher resolution imagery to fully train the model.

Thanks to the rigorous efforts and dedication of our data science volunteers, community, and partners, the 2017 DataDive weekend not only resulted in many key findings and actionable insights for the nonprofit sector, but paved the way for deeper investigation and further data collaboration. USA for UNHCR is also now scoping a new longer-term DataCorps project with DataKind to explore other ways data science can help the organization build awareness of the refugee crisis.

Want to lend your skills to this work? Be a virtual volunteer with USA for UNHCR by checking out their crowdsourcing campaign with Digital Globe to help tag satellite images.