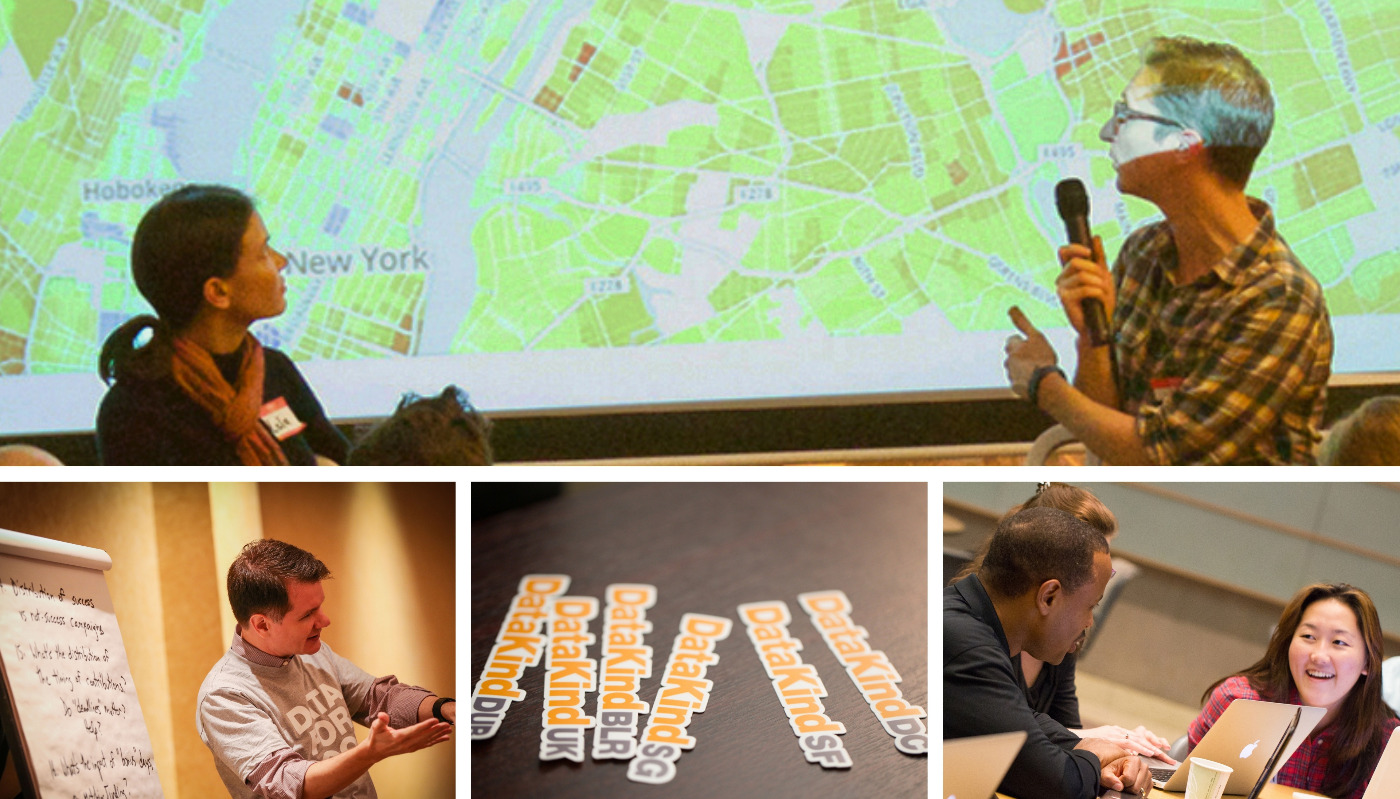 *This article was originally posted on October 7, 2020 but has been reposted with updates.

Well, it’s hard to believe, but we’ve just about made it through 2020. I know this year has been a tough one for all of us. In spite of the hardships everyone has faced, I’ve been so impressed to see the DataKind community continue to give to one another and to the Data for Good movement.

Before looking ahead to where 2021 will take us, I find myself looking back on the last decade that has led us here. As many of you know, I’m stepping down as the Executive Director of DataKind at the end of this month after nine years of building the organization. It’s been the absolute dream of a lifetime to serve the organization for this long. It feels appropriate that I’m writing this post nine years after the first New York DataDive. It still feels like a dream as that moment kicked off a nearly decade-long journey into building a movement I longed to join - an innocent blog post that I’d written turned into data scientists from all over New York City - volunteering for a weekend to work with nonprofit organizations to solve some of the City’s biggest problems.

At first, we had no idea if any data scientists would show up, or if nonprofits would be ready for data science, or if having both in the room would amount to much. But that night—watching would-be data science celebrities like Cathy O’Neil analyze stop and frisk data for the New York Civil Liberties Union, seeing data engineers from Facebook and Spotify show visualizations of survey responses with the UN Global Pulse, and having teams of thoughtful statisticians from OECD to OKCupid showcase their scrapers that would expand access to data from about 30+ small banks in Africa with MIX market microfinance—we knew we were onto something big. My co-founder, Craig Barowsky, and I quit our jobs, incorporated DataKind in 2012, and set to work carrying the excitement from that first event into a full-fledged organization. 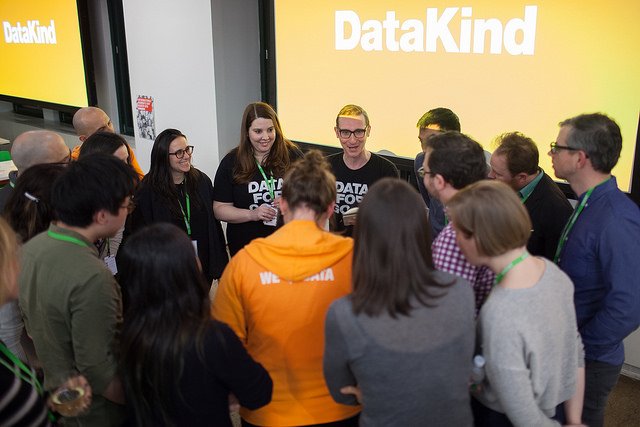 So much has changed in the nine years since that first event. Our first DataDive of 50 people grew into a global network of over 20,000 data scientists and AI engineers committed to using data science for the greater good. A mere three projects done over a weekend grew into over 300 projects, ranging from saving $25M for local water districts by better predicting water demand in drought-stricken regions, to helping community health workers digitize health records almost 2000x faster than before with computer vision. Our one DataDive spread to many DataDives worldwide which then deepened into six- to nine-month long DataCorps projects, which then became multi-year, issue-area specific DataKind Labs and Impact Practices. Our volunteer efforts spread from a room in NYC to other US cities, to the UK, Bangalore, and Singapore, each creating communities of volunteers who work to use data science and AI for social impact in their own regions. What started as a few visualizations eventually became software solutions like route optimization software for SOIL Haiti, which have been replicated by other NGOs around the world. On top of all the project wins, we’ve seen the social sector become more adept at understanding and using data science, making steps toward a world where DataKind wouldn’t be needed which is exactly the point of this mission.

As I step back, people have naturally asked what DataKind will be like without me or if the momentum will keep going. First off, I can unequivocally say momentum’s on our side—DataKind has never been stronger. We have a strong executive team, a full staff, and funding to take the organization even further in providing data science innovation to the social sector. More importantly though, I always remind people of what I knew from the very first event we ran—DataKind isn’t me it’s everyone else. I’ve been honored to play a role in DataKind’s formation, but DataKind only exists because of the amazing people who keep showing up to build it. The data scientist volunteers showed up in droves to donate their skills, providing technical capacity to the mission. Nonprofit leaders showed up in force to advance their missions with this new technology. Funders from foundations and corporations showed up to donate funding to the cause, so that we could do the great work we do. Staff showed up to commit their careers to building an organization that would bring data science to the social sector. Subject matter experts, Board members, and advisors showed up to support the mission.

While I may have helped point people in the right direction, it’s the volunteers on all sides who make DataKind what it is. It always has been. Those people, be they technologists, nonprofits, foundation funders, or staff  are the true leaders of DataKind. They’re brilliant, caring, and energetic, and they’ll take DataKind above and beyond where I’ve taken it so far.

Speaking of leadership, we’re of course searching for a new Executive Director, so you should feel free to share this post widely with your networks. In the meantime, I’m thrilled to announce that our esteemed COO Russatta Buford will be stepping up as our interim Executive Director. I couldn’t be happier to have Russatta leading the organization; in the 18 months that she’s served as our COO, she’s brought a brilliant balance of vision and operational excellence to DataKind. She’ll be instrumental in strengthening the processes that make DataKind an effective organization and a great place to work. 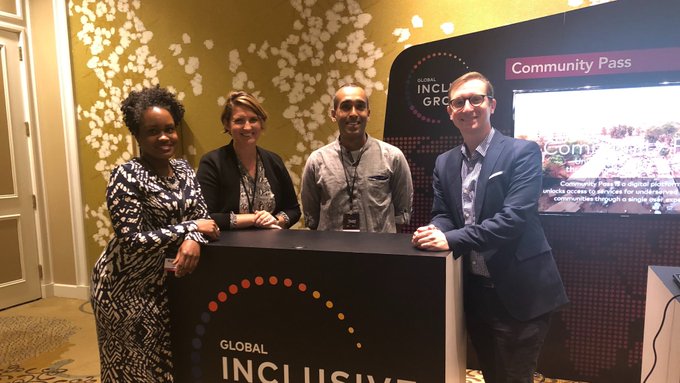 Another key DataKinder that's involved in the new year’s transition is Elizabeth Grossman. She’ll be serving as our new Board Chair. Elizabeth has been an ardent DataKind supporter for years, first joining our ranks as a funder of DataKind Labs when she was at Microsoft, before joining the Board. She brings a wide range of experiences, from working at tech companies, to serving in governments, to overseeing nonprofits. She’s one of the smartest people that I’ve had the pleasure of working with, and I know she’ll bring that brilliance to DataKind’s next phase. 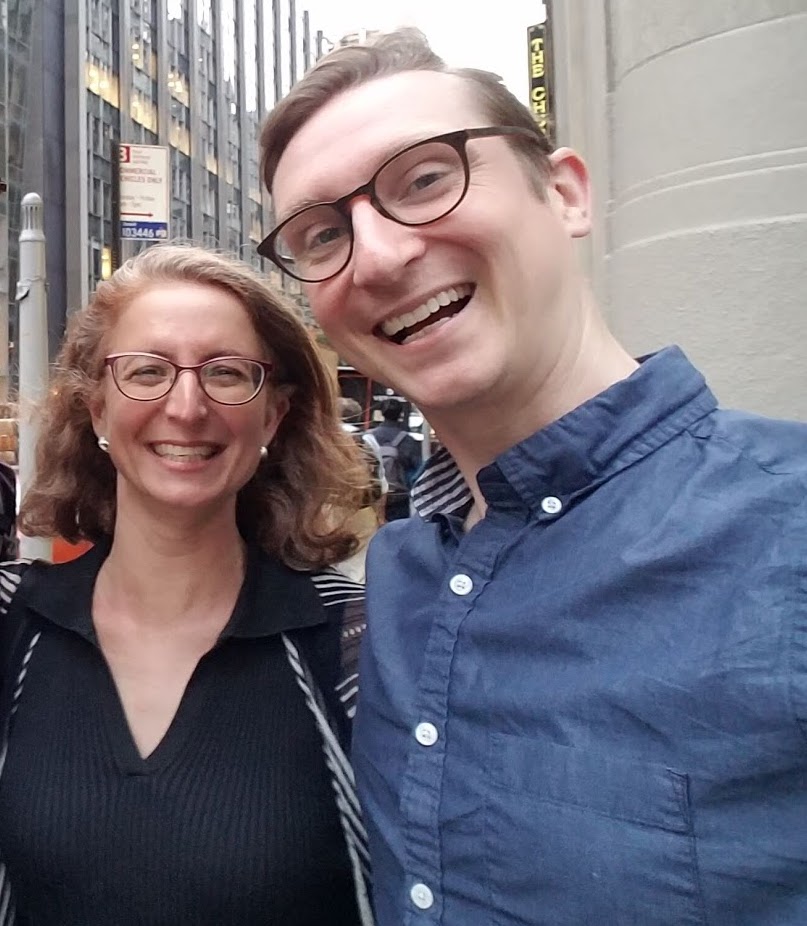 As for myself, I’ll be continuing to advance DataKind’s mission through doing more research and writing. There are huge opportunities to advance the field that I want to pursue, and I’m extremely fortunate to have the support of data.org, a DataKind partner, in providing me a fellowship starting in the spring. In this capacity, I’ll continue to foster growth in the Data for Good movement through independent research on the frameworks, terminology, and initiatives needed to continue to build the field. Stay tuned for more details!

As I head out, I want to say two things clearly. First, the world needs DataKind now more than ever. A lot has changed since our first event, but a lot has also stayed the same, unfortunately. Data science and AI are still largely wielded by big companies and governments who use it to accelerate their own goals, often to the detriment of society. The data that could be used to better shape our understanding of our world is instead weaponized to distort reality to the point we can no longer have healthy discourse. The world is desperate for a constructive version of data science and AI—a world where algorithms are built to lift people up, not keep them down. A world where data about us is used for us, not against us. A world where we can shape our technological destiny as we see fit. There’s no other organization I know of that can create that constructive vision of AI, here and now, but DataKind.

Second, I want to close by saying how incredible the DataKind community is and what an incredible experience it’s given me. I could brag about DataKind’s stats all day, but more than any individual project achievement, I’ve been truly inspired by the stories of the DataKind community coming together to use data science for human prosperity. No statistic can capture the tears in the eyes of leaders in the social sector I saw as they learned about their constituents through their data. No statistic can capture the countless data scientists who have written to us to say they’ve been changed by their work with charities and are now pursuing a career in the social sector. No statistic captures the innumerable times I and other DataKinders have been stopped in our travels because we have a DataKind sticker on our laptops, leading to a meeting with a DataKinder from another country, oftentimes in places we didn’t even realize people had DataKind communities. 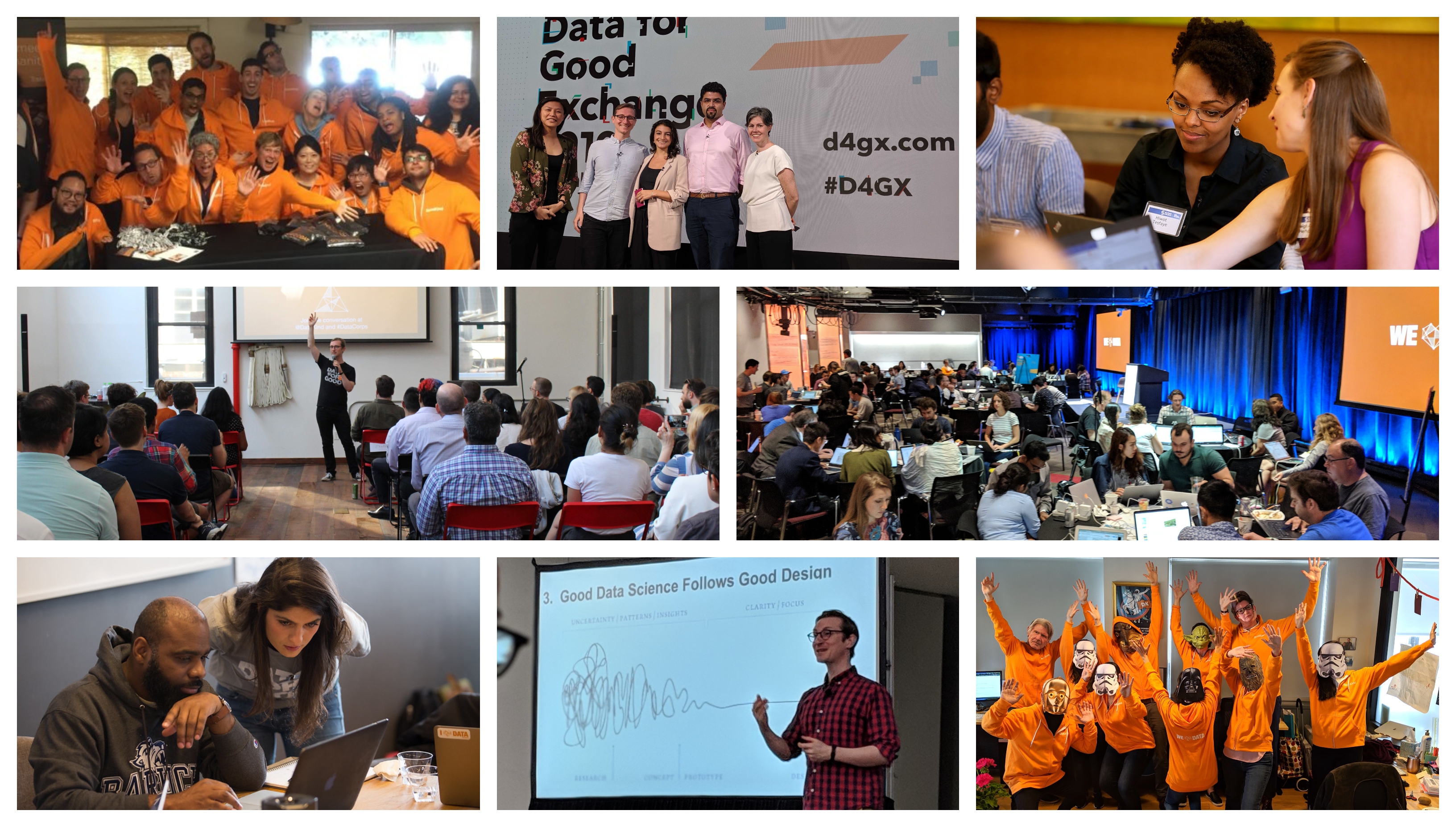 No matter what happens next, these memories are the ones that will stay with me most, and the ones that I’ll devote my energies to creating more of in the next chapter. Moreover, they’re indicators of the qualities of DataKinders that we need in the world now more than ever.

Until then, back to work! See you all on the frontlines.