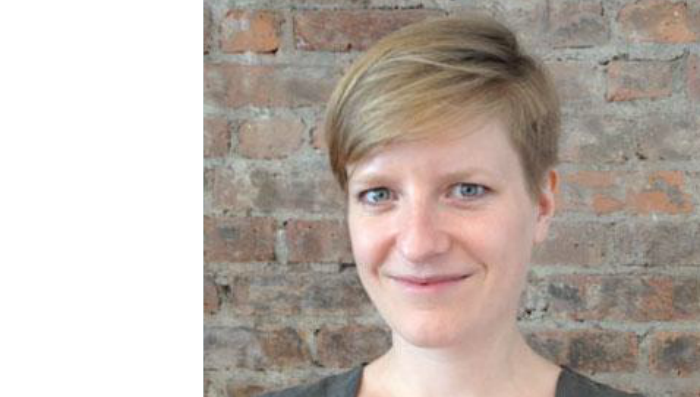 DataKind's Founder & Executive Director, Jake Porway, and Friederike Schüür, Research Engineer at Cloudera recently caught-up in Brooklyn for a chat. Here's some of what they spoke about...

A little about Friederike...

Friederike: The invention and adoption of new technologies such as AI do not happen in a vacuum, there always is a social dimension. I recently spent some time thinking about the way we talk about technology, and how the metaphors we use might guide adoption.

Jake: Can you give me an example of an AI metaphor?

Friederike: Andrew Ng and others talk about AI as the "new electricity" (see video). This metaphor encourages us to think about AI in terms of an open-horizon model. Electricity enabled humankind to build entirely new kinds of products, it gave us superpowers. We tamed electricity, for example, by confining it to smaller and smaller spaces - batteries that now power hand-held computers, which only a few decades ago required an entire room. Electricity enabled us to build products that were previously unimaginable. In this sense, Andrew Ng’s metaphor is apt; I do believe that AI will surprise us too.

Jake: So, the promise of AI is real? No hype?

Friederike: Yes and no. We are currently in a phase of experimentation. I believe that we have not yet reached our deepest possible understanding of how to best harness the power of data, machine learning, and AI to solve real-world problems and we need to experiment to gain such understanding. As we do, the machine learning tools that we have at our disposal evolve, too. It is not an easy challenge, but it is fun.

Returning to the AI as the “new electricity” metaphor, spectacular lightning displays at the World's Fairs were one of the first public demonstrations of electricity. AIs that defeat Go grandmasters, poker, or Dota 2 players demonstrate the promise of AI as much as those lightning displays demonstrated the potential of electricity. They are impressive feats, but ultimately, of limited use. Games are closed systems and most real-world problems are not. That is at the heart of what is truly challenging about applied machine learning and AI.

Jake: AI as the “new electricity” seems to be a fruitful metaphor. Is there more to it?

Friederike: Yes, and it's quite instructive. In the early 20th century, electricity in the U.S. was promoted by corporations as a commodity. By contrast, most European countries viewed it as a public service. Consequently, rural America was electrified late compared to its European counterparts. As corporations take the lead with AI, what lessons should we learn from the history of electrification?

Jake: Switching gears, data science is one of the highest paid corporate jobs in the world today. Why should these coveted professionals give their time and talent away for free?

Friederike: A high salary puts you in the fortunate position where you have the resources, money and time, to contribute to the greater social good, financially, in kind, or both. (If you have a high salary, you can make the time.)

Jake: What’s the best example you’ve seen (or hope to see) of data or machine learning being used for social good?

Friederike: In September of last year, The Pudding created a tool that quantifies access to abortion clinics in a metric that really affects people: how long it takes to drive there. This is a great use of data, a clever metric, and an awesome data visualization to help people understand an important issue of our time and a first step towards a better world.