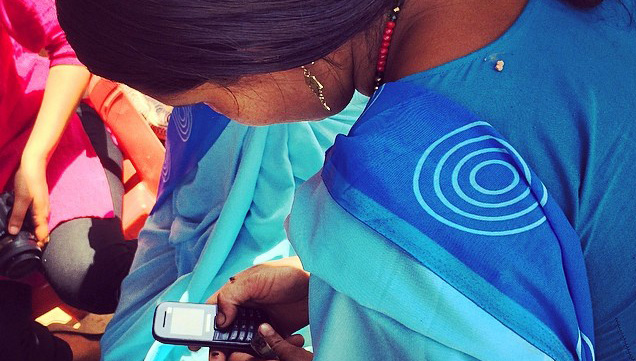 By day, Will High is a Data Scientist at a Silicon Alley start-up called Velos, where he creates custom machine-learning prediction platforms for clients with big data. By night, he volunteers with DataKind as a Data Ambassador. He holds a PhD in physics from Harvard.

Last year I moved from Chicago to the Big Apple to work in Big Data.  In Chicago I was a data scientist at an IT consultancy with a big social justice mission, and one of the projects I worked on there was optimizing the operational efficiency of emergency medical services.  The objective: save as many lives as possible while minimizing cost to the taxpayer.

In New York I was thrilled to become involved with DataKind.  Medic Mobile, a San Francisco healthcare technology non-profit, had approached DataKind to understand how to quantify the impact of their mission, which is to cheaply connect health workers with their patients in poorer parts of the globe.  The objective was the same.  Save lives, and dollars.  This was my jam.

Josh Nesbit, Medic Mobile's CEO, suggested using the Lives Saved Tool, or LiST.  LiST is a sophisticated tool that projects the changing shape of a population into the future given input data on fertility, mortality, emigration, and a swath of public health interventions.  With it you can estimate how many additional lives you might save by increasing any given intervention from baseline.  Cool, yes, but LiST is point-and-click, making it particularly annoying to do 1000 iterations in a manual optimization run.

So our first idea was to develop an interface for the command line or RESTful querying.*  We decided that it wasn’t going to happen because the code base is not open source, and pushing changes was going to be too slow & arduous given our 6 month timeframe.

Anyway, what would we RESTfully query of LiST?  We decided to teach ourselves, and Medic Mobile, correct LiST usage so we can understand it’s full potential in the first place.  The next 6 months were spent reading the manual and background literature and developing a procedure to project, as test cases relevant to Medic Mobile’s efforts, the number of lives saved by increasing antenatal care and 3 different childhood vaccines.

The end result is two interactive how-to guides on running these LiST projections end-to-end (this turns out to be hard), and a research heavy report providing more context on these kinds of impact measurement.  Medic Mobile was hungry, and our hope is that we have taught them to fish.  Ideally MM analysts will use the guides with their own input numbers for each of their ANC and vaccine programs, and extrapolate to more interventions as well, to motivate their troops and even provide rock-solid, quantitative justification in their grant proposals.

In the for-profit world, the terms for quantifying impact of a venture are money-in, money-out.  The "out" term in the non-profit world is not money, so it's harder to quantify, especially in a universal way.  But it is no less important.  Measuring the impact in units of # lives saved is the holy grail of healthcare non-profit assessment, and we feel Medic Mobile is one giant leap closer to doing just that.

It was a huge pleasure to work with Cat Miller, my DataCorps partner in crime, and the rest of the Medic Mobile team.  Expect great things from all of them.

* This idea is still awesome and must happen at some point.