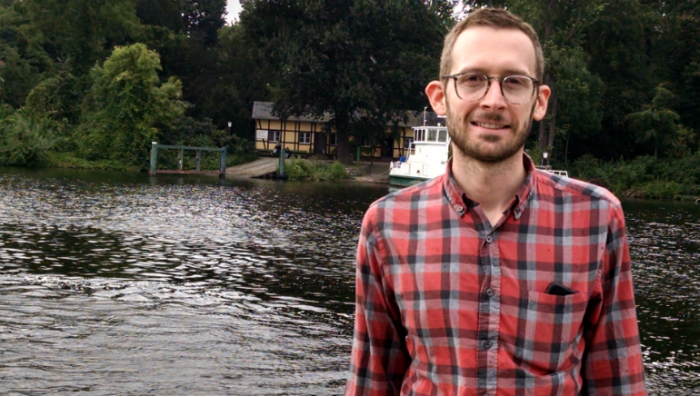 Last August, we announced our first DataKind Labs project in partnership with Microsoft and its Tech & Civic Engagement Group to support the Vision Zero movement in the U.S., reducing traffic-related deaths and severe injuries to zero in Vision Zero Cities nationwide. We also announced an exciting new role to join DataKind's lead Data Scientist Erin Akred in diving into the data - the Data Science Fellow!

We could not be more pleased to have Michael Dowd in this role. Learn more about Michael below and join us in welcoming him to DataKind!

What were you up to before you came to DataKind?

Before DataKind I was working as a transportation planner for a large engineering firm in NYC. My work mostly focused on transportation modeling, data analytics and GIS analysis. I spent a lot of time trying to collect and integrate innovative data sources to supplement traditional analysis methods for doing traffic and revenue studies for different projects all over the U.S. Prior to that, I was a graduate student at MIT, receiving my masters from the city planning and transportation departments. While there, I worked on a project modeling the potential impacts of inundation events on the Boston Metro transportation system, both highway and transit. Using Cube Voyager and NOAA sea level rise data, I modeled sea level rise from on to six feet and identified areas of vulnerability.

How did you hear about DataKind?

I heard about DataKind from a friend in the Microsoft Research fellowship program and was immediately interested in the work they were doing.

Tell us about your role - what will you be working on?

I’ll be working on DataKind Labs’ first long term data science project in support of Vision Zero. I’ll be working with DataKind's lead Data Scientist, Erin Akred, Microsoft’s Tech and Civic Engagement Group and various partner cities on applying data science to the problem of traffic deaths. The project is specifically attempting to identify what interventions and policy changes are most effective to protect vulnerable groups and others from traffic-related fatalities. I’m super excited to work on such an important and valuable project.

What advice do you have for someone just getting started with data science?

I would suggest finding a project you are interested in and then diving right in. There a ton of great books, tutorials and courses out there but it is hard to really build those skills without having a specific project that you are interested in. What blogs or articles do you love reading to stay up to date? For blogs, I really enjoy Flowing Data and FiveThirtyEight. They have a good mix of data science and data visualization. I’m also a fan of the Data Stories podcast. It's interesting to hear data scientists from many different fields describe their approaches and experiences visualizing data.

When you’re not busy using data science to change the world, what do you like to do in your free time?

I have a film degree so my wife and I are always seeking out new movies and television shows. I also am a Seahawks fan so football Sundays are a big deal. Since moving back to NYC, I’ve been enjoying re-exploring the city, like the new Brooklyn Bridge Park. I ride track bikes and am slowly building up a vintage Eddy Merckx road bike. I’m also a big Graham Greene fan (The End of the Affair, The Quiet American, The Third Man), and have been slowly working through his autobiography.