It’s 2022, and DataKind is turning 10! This year, we’re honored to celebrate the Power of a Decade of leading the Data Science and AI for Good movement! 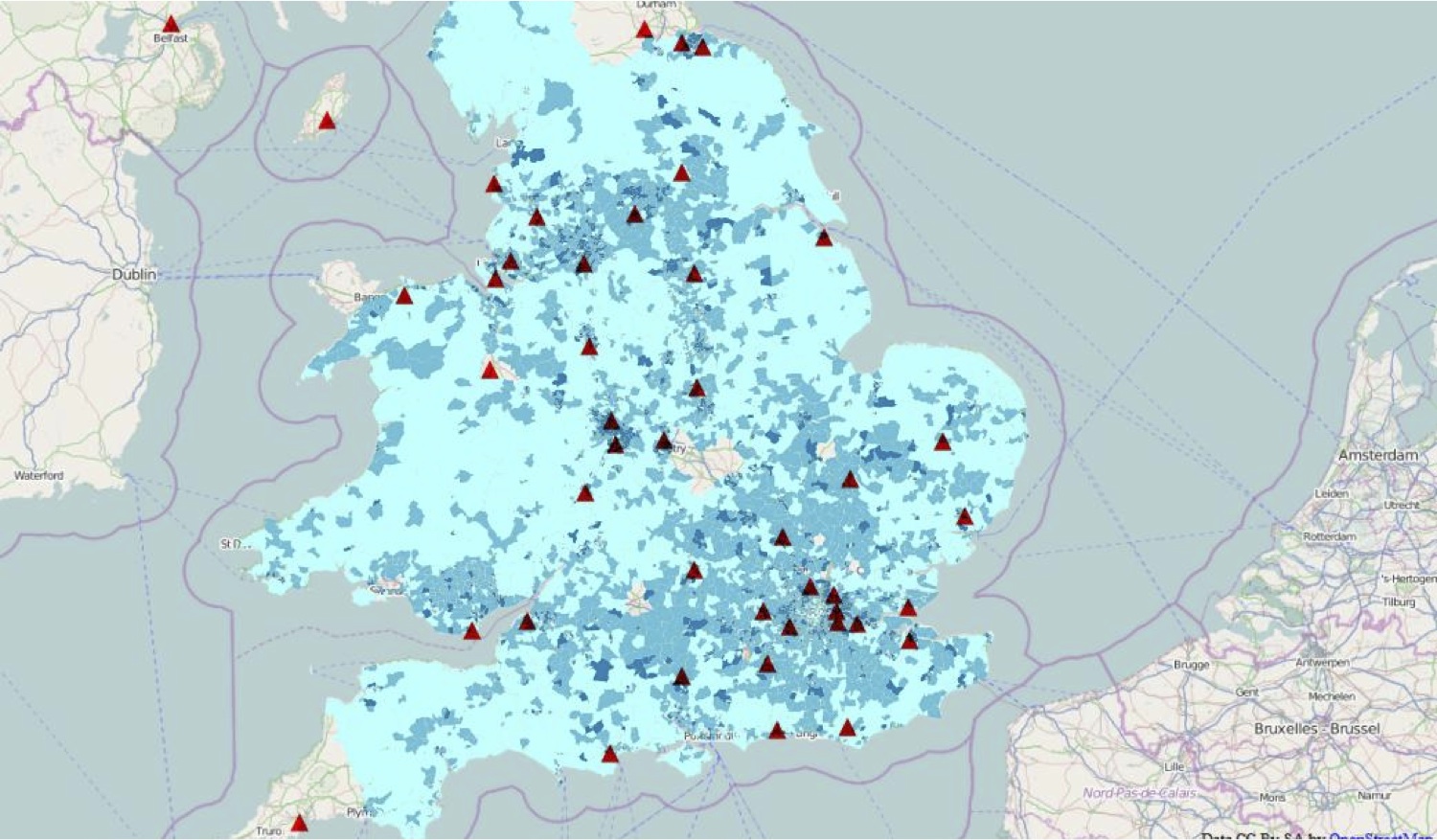 While DataDives technically only last a weekend, their impact goes far beyond, especially when the volunteers go far beyond and continue helping their partner organization on its data science journey after the event is over.

This was certainly the case with a recent DataKind UK project with Shooting Star Chase, a children's hospice with two locations in west London. They provide support to children with life limiting conditions and their families from diagnosis to end of life and throughout bereavement.

When research showed there were approximately 49,000 children with life limiting conditions in the UK (30,000 more children than previously estimated!), Shooting Star Chase turned to DataKind UK to see how data science could help find these children in need.

The DataDive project combined data collected by Shooting Star Chase on their beneficiaries with public data about the UK hospice and healthcare sector and demographic data about the UK population. Based on variables such as age, gender, diagnostic group, ethnicity and deprivation, the volunteers mapped the incidence of life limiting conditions by ward for England and Wales, ultimately giving Shooting Star Chase a better idea of which geographic areas were most in need of their services.

For just two days work, this was already a tremendous finding for the organization, but the volunteers didn't stop there. DataKind UK volunteers from PA Consulting Group, Finlay Edridge, Stephen Black and Jessikha Galvez, continued working pro bono with Shooting Star Chase to produce an interactive dashboard in Tableau to help them more clearly interpret the data.

They introduced new data on national hospital episode statistics to more accurately show where the ‘missing children’ are. The dashboard shows which doctors and hospitals children with life limiting conditions have visited over the past few years. The resulting interactive visualizations enabled Shooting Star Chase to better understand where children with life-limiting conditions are and which health facilities they visit with which sicknesses.

Jo Cohen, the charity representative from Shooting Star Chase, said "For the first time, we are able to see where children with life limiting conditions are accessing GP and hospital services across England.  National policy makers and local commissioners will be able to make decisions based on a clear presentation of actual activity data."

This is a great example of the power of data visualization to help an organization best target its services to reach more children and families in need.  In short, the Tableau dashboard revolutionized how the charity was using data to inform its work. They are now in conversation with Tableau Public in the UK, and Eric Hannell a Tableau employee and DataKind Data Ambassador, is helping update the tool to do even more.

We're not surprised that Tableau employees are going above and beyond, as Tableau recently announced its support of the Data-for-Good movement by funding Bayes Impact, the Do Good Data 2015 Viz Challenge as well as DataKind. Thanks to their support, we know the Data-for-Good movement will only continue grow from here with many more examples of data visualization for good to come.

In fact, we'll be presenting on this very topic at the Joint Statistical Meetings conference in Seattle in August - let us know if you'll be there!